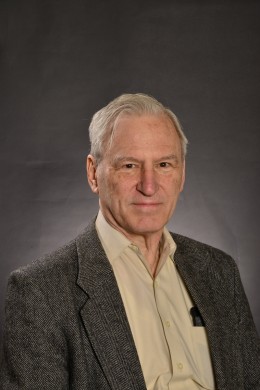 Pappas is running on the Republican line in New York’s 14th Congressional District to represent parts of Queens and the Bronx in Congress. His Democratic opponent is Alexandria Ocasio-Cortez who beat out U.S. Rep. Joe Crowley (D-Sunnyside, Astoria, College Point, East Elmhurst, Jackson Heights, Corona, Woodside, The Bronx) in an unexpected victory in June.

He is also running against Crowley representing the Working Families Party and Elizabeth Perri from the Conservative Party. A Republican hasn’t won in this area since 1920, and registered Democrats outnumber Republicans roughly 6-to-1 in the district, according to the Associated Press.

The Torch reached out for an interview request with Pappas through his campaign website, but did not hear back.

The 72-year-old from Astoria got his Bachelor’s at MIT and his Master’s and PhD from Yale University and he now teaches two courses at St. John’s, Economic History of the West and Money and Banking, according to the school’s online directory.

“We are a union of diverse people but above all, we are an American nation committed to the ideals that made us so great. Socialism has never been one of those ideals,” Pappas’ website states. “Yet it has been enthusiastically embraced by Tony’s opponent [Ocasio-Cortez] despite profound rejection by free thinking people in Europe and both North and South America. Tony is committed to the same rejection of socialistic ideology. And that makes him a union of both Democrats and Republicans this November.”

In a recent Associated Press story, Pappas spent much of his interview criticizing the judicial system for, as he described it, failing him in a 10-year divorce battle. He said in the story that his wife called him abusive and she was granted a divorce on grounds of cruel and inhumane treatment, which he denied and said she made up.

Pappas is seen as an unusual candidate, and not everyone associated with him is backing the party line.

Joann Ariola, chairwoman of the Queens County GOP, said in a September interview with New York Public Radio “we could have won this election and now we have a candidate who we honestly cannot be proud of.”

“He had a very good pedigree on paper,” she said. “He’s obviously very intelligent.”

Jen Tucholski, a University spokesperson, said that the University “is flatly prohibited from participating or intervening in any political campaign on behalf of or in opposition to any candidate for public office.

Political intervention includes not only making financial contributions but also the publication or distribution of written or oral statements on behalf of or in opposition to a particular candidate.”

“St. John’s University is always non-partisan and does not support any particular political party or organization or candidate for elected office,” Tucholski said.

Election Day is Tuesday Nov. 6. More information on Pappas can be found on his website www.anthonypappasforcongress.com.