Facilities Explores Issues in the Townhouses 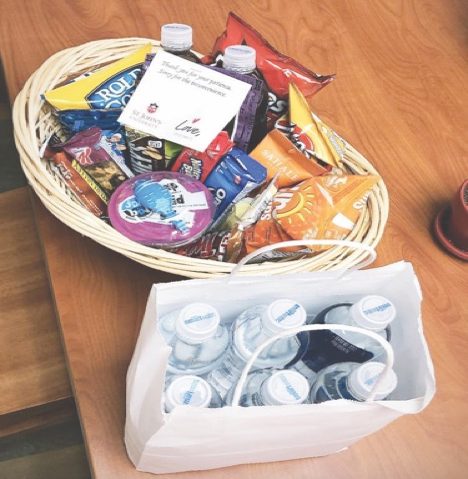 Within the first week of the Spring 2019 semester, students of the Residence Village and Townhouses experienced frustrating facility issues such as leaks in the laundry rooms, power outages and flooding toilets.

According to Brian Baumer, the associate vice president of campus facilities and Services, records from the past three years have shown that issues such as the ones above aren’t unusual. In cases such as leaky laundry machines and clogged toilets, it appears that matters of the sort are likely to occur.

“Overall, the number of Facilities related issues in the dorm buildings appear to be relatively consistent over a 3-year period with the exception of Townhouses I and G,” Baumer said. “These buildings showed an increase in clogged toilets in 2018 compared to previous years.”

“The power issue in the Townhouses is a result of the heating units overloading the electrical system when temperatures fall below 15 degrees,” Baumer said.

But Baumer told the Torch that the Facilities Department has taken measures of precaution in order to prevent this from occurring  again during such low temperatures.

“Some of these measures were to reduce the electrical load by providing power via a generator and also not using the ovens in the suites,” he said. “New gas units will be installed during the Spring and Summer which will permanently resolve the issue.

The Facilities Department has followed up with apologies to the students living in the Residence Village and Townhouses with a complimentary gift basket filled with goodies such as candy, chips and water bottles.

The gesture left some students unsatisfied.

In terms of communicating with the students and being notified of updates, students have expressed that this has not been the case in their experience.

Similarly, senior Victoria Charles expressed that she felt there’s been a lack of communication considering the laundry machines being inoperative wasn’t brought to her attention until she found out herself.

“I personally think a cute little sign would have been nice,” Charles said.

Working closely with the Office of Residence Life, the Facilities team states that they continue to do what they can to assure that the students remain updated on any renovations or fixings of these issues.

“If a service ticket is received pertaining to a specific room, a building manager may contact the student(s) in that room to advise them of the issue and next steps,” Baumer said. “Most renovations and repairs are done during the summer months to minimize any disruption to students.”

But with more urgent issues such as the power outage and flooding, the Facilities Department had to take immediate action by quickly informing students of the matter.

“Residence Life sent out updates on a continuous basis informing the students of the issues and how they were being addressed,” Baumer said.

Though this has been a major inconvenience Baumer states that he appreciates everyone’s patience as such renovations are soon to come.

Students may contact the Facilities Service Desk at ext. 6254 to place a service ticket or inquire about repairs or work going on.