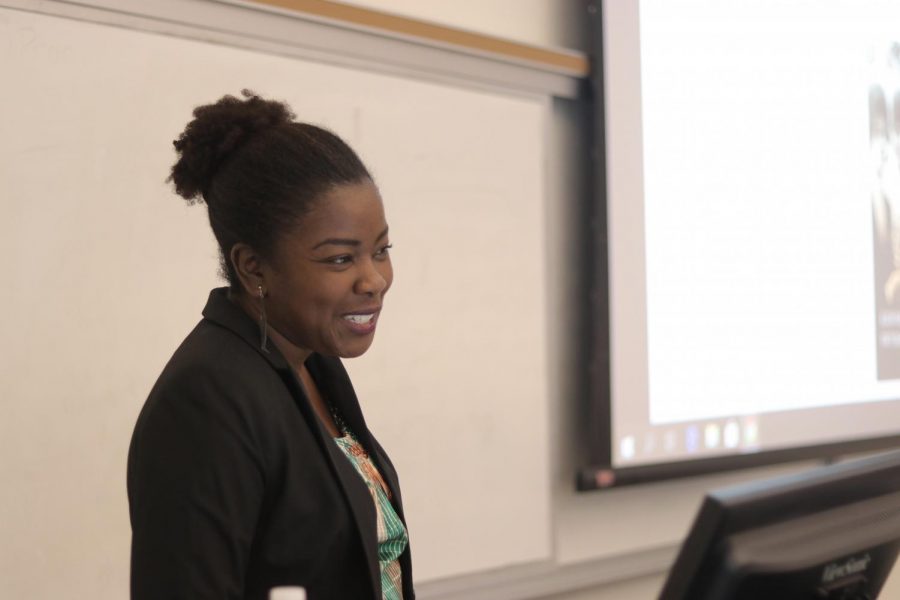 Spencer is an Endowed Chair in Women’s and Gender Studies at Brooklyn College. She started her college career as a pre-med student before switching to a history major and eventually taking an interest in the Black Panther Party.

When she began her research, Spencer went to Stanford University in California to work her way through 90 boxes worth of material on the 1960’s and 1970’s Black Power Movement. “I had to figure out: What is the story that I want to tell and what is the story that these archives want me to tell?” Spencer said.

“I was first struck by the organizational history that was embodied in the Panthers,” Spencer said. “[They] were never presented to me as an organized group. They were emotional, they were angry, they were more likely to be on the streets marching than typing in an office the minutes to meetings — yet what I found were tons of minutes to meetings.”

Her research brought her further into the Black Power Movement as she began to interview members of the Party, with a focus on the women in the group. “I wanted to elevate the role and importance of Panther women,” she said.

According to Spencer, women first began joining the movement in the spring of 1977. She interviewed numerous women who were members of the Party and gave them an opportunity to tell their stories.

She had many questions she wanted answered, including, “How did panther women define themselves for themselves? Is it that they were hidden? Is it that we didn’t see them, even though they were always there to begin with?”

Many panther women played important roles, doing things such as starting their free breakfast program, taking care of the children and raising the next generation of Black Panthers.

Spencer left students with a resounding comment, “Woman’s stories totally transform how we think about these moments in history, they just get added in as a little extra flavor — but they change the story.”