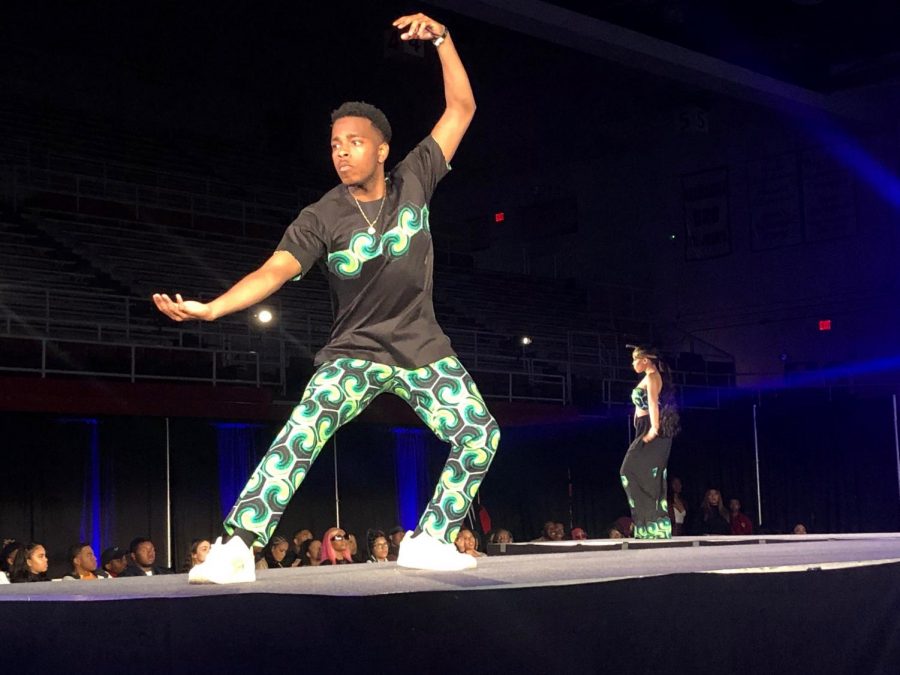 On Friday April 26, the booming sounds of Afrobeats from DJ Julz rang throughout Carnessecca Arena as the African Students Association (ASA) hosted their annual fashion show.

This year’s theme, “The Dark Continent,” featured a wide array of outfits inspired by various traditional cultures from different parts of Africa.  According to ASA President Toby Chukwura 19’, “The Dark Continent” is commonly used to describe Africa amongst the western world and its due to the lack of knowledge about their traditions and customs. Every year, ASA aims to shed light on different aspects of African culture and aims to celebrate the stories of their ancestors. Following this year’s theme, they centered their cultural experience around the witch incorporating veiled models and a traditional dance known as the “Masquerade.”

This is where men dress up in colorful costumes and masks then proceed to dance throughout the village accompanied by another man who guides them and fans them.  The person performing on the persona of the spirit reflected in their mask. “In Nigerian culture (Igbo culture), during special events and seasons, they’ll have guys dress up in costumes called Masquerades,” said junior Marvelous Abraham. “I hope they got a little taste of Africa and a culture that those of us from the continent experience.” Each collection was handmade and tailored to fit the diverse line up of 30 models. The show was made up of fashions from African designers Chimzi, Izu&Vash Handmade Clothing, Eldior Sodeck, and TINZ.

“One thing we wanted to show was the contrast between the vibrant colors we wear while still being called ‘The Dark Continent’,” said Chukwura 19’. “That phrase gives off the imagery of darkness and dreary yet there’s so much life, festivity, culture and beauty in Africa ready to erupt at any moment.” Hosted by social media personality Mr. Nay, the program also featured performances from rising artists like Oluwaseun Ewola. Each portion of the total experience was curated to reflect African traditions and immerse students into its customs.

“This is always a great production no matter what,” said sophomore Amel Viaud. “They always remind me of where I came from and how Black is beautiful. I am excited to see what the new executive board has in store.”

Some students appreciated the new ways the show taught them to think about Africa and increased their knowledge about African traditions.

“To put it all into one phrase it was a ‘cultural experience’,” mentioned senior Latoya Nurse. “They always put 110% into their fashion show but this one had a different aspect of the culture. They brought all these different elements of Africa that I did not know about and I enjoyed watching that.” The evening ended with a special introduction of the ASA 2019-2020 executive board followed by closing remarks from the incoming President Jacqueline Abraham.

“As the new president of ASA, I was really excited to be a part of putting this event together and being behind the scenes for the first time,” said Jacqueline.

“I’m really happy that the show was a success. Hopefully next year we can get bigger and better and show our African culture to the rest of St. John’s.”