Immigration Activist Angy Rivera: “I Am a Migrant” 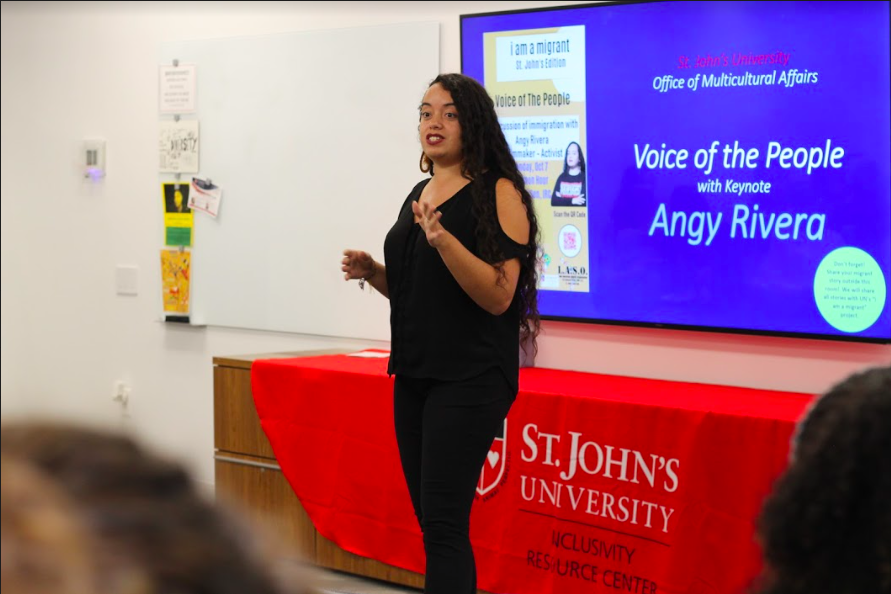 Immigrant activist Angy Rivera came to campus on Monday, Oct. 7 to discuss her experiences as an undocumented immigrant living in the United States. Speaking in Sun Yet Sen Memorial Hall, she opened a conversation about immigration and how her lack of documentation had affected her.

The event began with a welcoming by Monique Jernigan, Executive Director of Multicultural Affairs, who shared that she was “excited to be here in the presence of Angy Riviera, to share more about immigration, activism and thinking about how we can do better as an institution and also as individuals and community members.”

Following Jernigan, the President of Latin American Student Organization (L.A.S.O.), junior Shaeleigh Severino, shared her thanks to Rivera for coming to campus to discuss such a “heavy topic,” with everyone then handed the stage over to her in order to begin her “I am a migrant” talk. 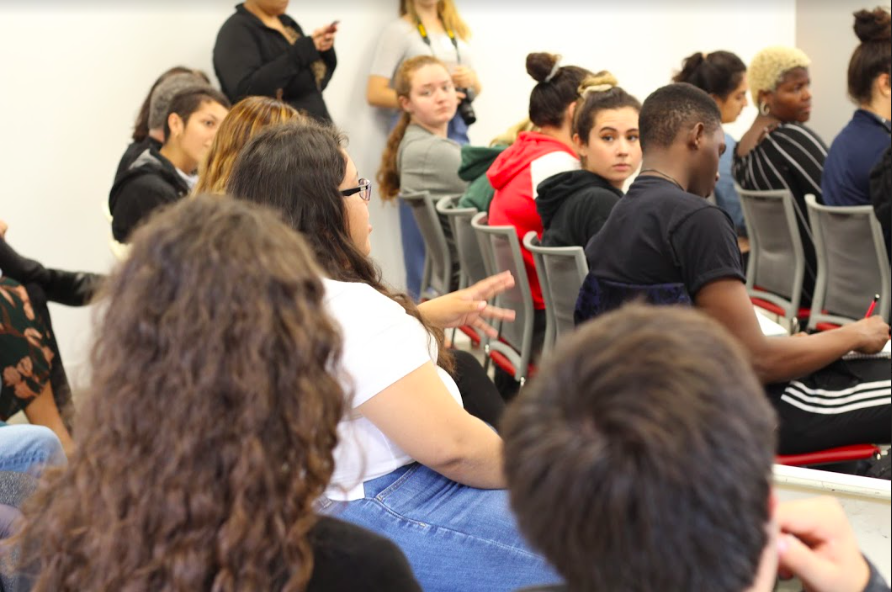 Rivera shared, both in her conversation and in the flyer provided to all members of the audience, that she is a Columbian immigrant who arrived in the United States with her mother when she was four. Unaware that they were going to be undocumented, they only recently received a U.S. visa in 2013 and now her green card. She struggled to get into college, not due to her lack of intelligence or dedication, but because she didn’t have a Social Security number. In describing this realization during high school Rivera, stated that after all of her hard work, “It felt like at the end of all of that, it didn’t matter, because I wasn’t a citizen.”

However, with the help of her teachers and the New York State Youth Leadership Council, an organization led by undocumented youth that fights for immigation justice (which she’s currently the Co-Executive Director of), Rivera was able to attend and graduate CUNY John Jay College of Criminal Justice, while obtaining a degree in Culture and Community Studies and minoring in Human Services.

In 2012, while in college, Rivera released a documentary titled “No Le Digas A Nadie” (Don’t Tell Anyone), where she delves into her struggles as both an undocumented immigrant and a victim of sexual assault, saying that it was a documetary about “coming out of the shadows.”

Rivera made a point to clarify confusing terminology and unknown facts in an attempt to educate people, such as the different kinds of visas, legislation and free aid available to immigrants.

Leaving plenty of room for questions at the end, Rivera responded to multiple members of the audience sharing how she struggled with self identification. She shared how she constantly felt pressured about how she wanted to be and how the world felt she should be. Rivera ended her talk with a positive message:

“It’s okay to not have the answers.”

Rivera was recently featured in Maroon 5’s “Girls Like You” music video among others. If you want to learn more about immigration or desire to reach out to her, her award winning undocumented immigrant online advice column is @AskAngy.