Election 2020: How A Presidential Primary Works

The road to the White House starts with a party’s presidential nomination. 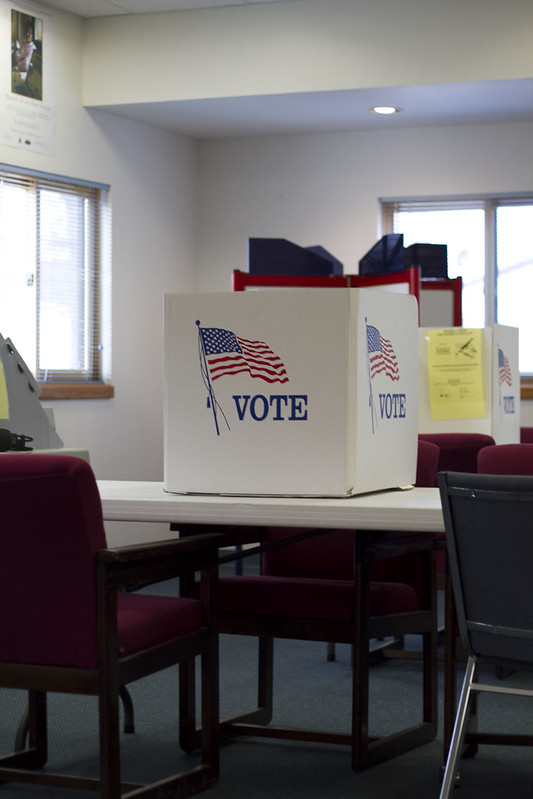 This is a debut article part of our new initiative to keep students informed about the 2020 Presidential Election. Leading with our practice of objectivity, our contributor will provide students with all the facts on the candidates vying for the nomination – so that once Election Day rolls around, students can make their own informed decisions on the candidates they wish to support.

Questions or feedback of our coverage may be sent to [email protected]
Nominating  A Party’s Presidential Candidate
The process for the presidential nomination isn’t an easy one. A party (whether Democrat or Republican) nominates its candidate through a network of primaries, caucuses and nominating conventions months before Election Day – the first Tuesday after the first Monday in November (This year it falls on November 3, 2020).  Each state picks whether to use a primary or caucus for its voting structure, though some have an established history of using one consistently over the other. For example, Iowa, the first state to adopt the caucus process, has continued to use this voting structure to this day.

The primaries and caucuses generate delegates – either by proportion of votes or winner-takes-all approach – who cast votes at a national convention. The Democratic National Convention is July 13 through 16. This year, the Republican Convention is Aug. 24 to Aug. 26 At the convention, delegates vote for the candidate who will receive the presidential nomination for their respective parties. The 3,979 total delegates produced by caucuses and primaries vary from state-to-state and are based on the state and congressional district votes. Delegates also include unpledged delegates or “superdelegates” – they compromise 771 votes. What makes them different from pledged voters is that they can vote for a candidate that is not necessarily the preferred choice of the states the delegates represent. Superdelegates vote only if a nominee isn’t agreed upon on the initial ballot at the national convention.
Who are  “superdelegates” and pledged delegates?
Superdelegates include members of a party’s national committee, a party’s members of Congress, a party’s governors and party leaders, i.e. former presidents, vice presidents, etc.

Pledged delegates are people involved in their state’s politics (i.e. volunteers, local party chairs, or other involved citizens).
What is the number of delegates a candidate needs to win the Democratic Presidential Nomination and the Republican nomination?
More than half of the total pledged delegates – 1,991 delegates – in the first ballot of the Democratic National Convention.  The Republican nomination requires at least 1,277 out of its 2,552 pledged delegates to win the nomination. President Donald Trump is receiving the majority support of the GOP, earning 86 of the 87 delegates awarded so far from the three states that have voted.
Difference between Caucuses and Primaries
Caucuses are a gathering of voters at a precinct site where they openly voice their preferred candidate to other voters present. They form groups based on the candidates they support. The groups that are created are called the first alignment. Candidates must obtain the support of at least 15%  of caucus-goers in each precinct known as the “viability threshold.” Voters who obtain viability for their preferred candidate must remain in the group and can’t change their preferences. The voters of the nonviable group can realign with a viable group or join other voters to help a candidate become viable in a second alignment. Precinct leaders then count the total number of voters in each viable group and with a formula to determine the amount of delegates for each candidate.

In a nutshell, a primary consists of voters going to the polls and casting their ballots for the candidate they want to represent their party in the general election. The voting is done privately and anonymously at a polling site. Like the caucuses, primaries require a 15%  threshold and delegates are distributed either proportionally or given to the candidate that obtains the most votes.

Voters participating in either caucuses or primaries must be at least eighteen years old and registered to vote. Same-day registration, accepting absentee ballots and early voting are processes that are unique to each states’ individual laws.  There are also different types of primaries and caucuses for the Democratic and Republican parties. In closed primaries or caucuses, voters must be registered to the corresponding party. On the other hand, states with open primaries or caucuses allow independents, people registered to different parties or both to vote in the caucus or primary; again, each state decides the type it uses.
Important date to keep in mind: March 3 aka ‘Super Tuesday’
This was the most important Tuesday in the presidential process besides the general election because fourteen states had the Democratic presidential primaries generating a total of 1,345 delegates, a third of all Democratic National Convention delegates from other primaries and caucuses.