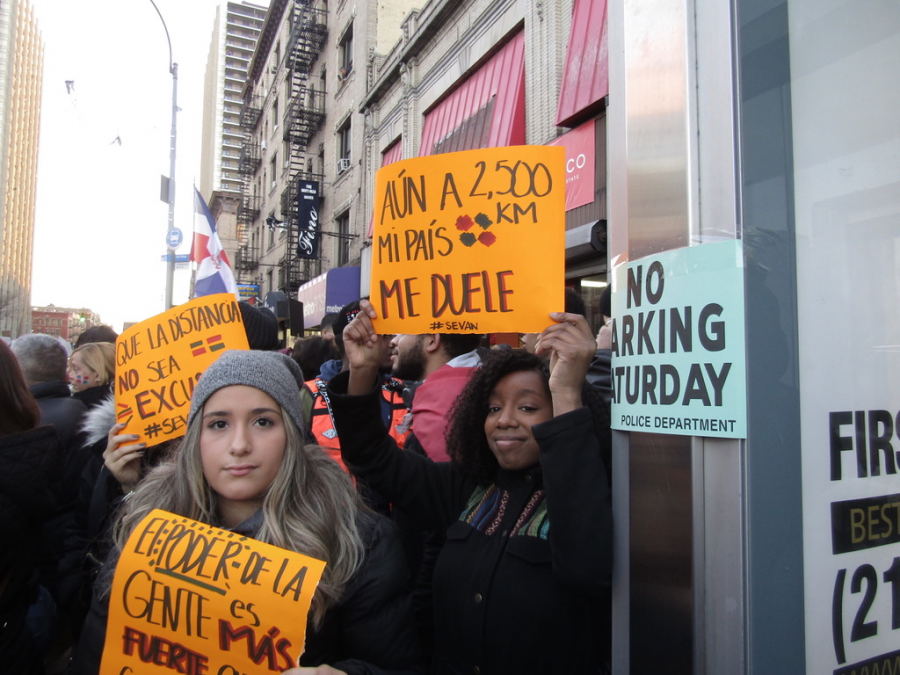 Members of the Latin American Student Association (LASO) banded together on Feb. 22 in opposition to the Dominican Republic’s recent e-voting scandal. They gathered at the corner of West 181st in Manhattan along with residents of Washington Heights to voice their concerns for the lives of their people and demand answers for the people affected.

Shaeleigh Severino, president of LASO, called for Americans to fight for democracy in other countries and for the young demographic to be more involved and informed of the issues around them.

“The biggest issue is that these conversations are not being done on campus,” Severino said. “Institutions I feel don’t have a role when it comes to advocacy, but students do. They are only going to be brought to college campuses if we bring it to college campuses.”

The e-voting scandal began on Feb. 16, when four hours into elections, it was reported that 18 of the Dominican Republic’s 159 municipalities experienced systematic glitches.

62.4% of the electorate, which equates to 7.4 million people, were unable to vote. According to Listín Diario, one of Dominican Republic’s leading newspapers, Luis Almagro, general secretary of the Organization of American States (OAS), stated that technical difficulty and insufficient preparation has suspended electoral voting. Processes will resume March 15, 2020.

“Se van” many of the posters said, “Basta ya” meaning “enough,” of the fraud and dishonesty. Natives were asking for clear answers to whom or what group allegedly disrupted their democratic rights. 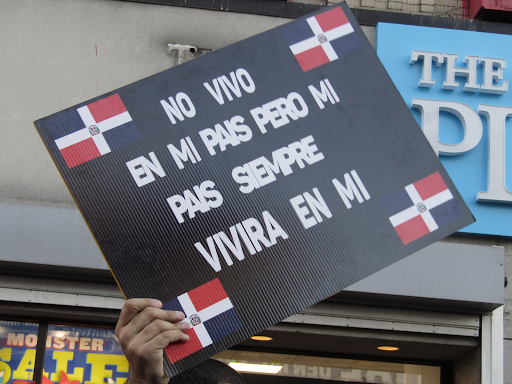 A poster demonstrated at the protest said, “I don’t live in my country but my country always lives in me.”

LASO’s chair of developmental committee, Valeria Merkerk, and member of LASO’s Public Relations Committee, Emilia Tineo, each felt a strong connection to their role not only as students but as children from a Latin background.

“It’s a testament to American news and how we don’t cover the international affairs,” Tineo said. “It’s our opportunity as Dominicans, as children of Dominicans, to make sure that our topics and issues are addressed in America.”

After six days of consistent protest, the OAS announced plans for an investigation. Members of LASO who attended the protest openly shared their opinions on the government’s actions, all of which mirrored the demands of local protesters.

“When the people who make the corruption continue to spread, it’s hard for them to do a clear investigation.” Severino said.

Merkerk explained that the youth’s efforts have persisted throughout the development of this matter and that it can be attested for.

“There’s corruption everywhere, but I think that this is the first step,” Merkerk said. “Getting someone on board and saying there needs to be an investigation and not the OAS itself, I think that’s progress.” 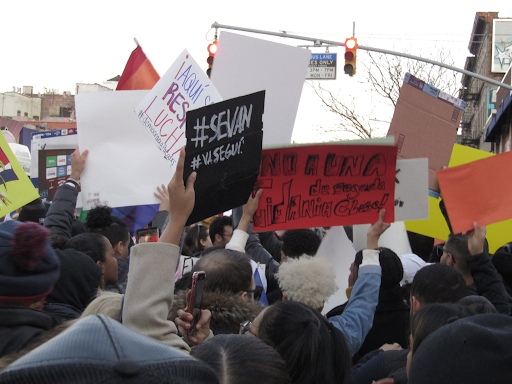