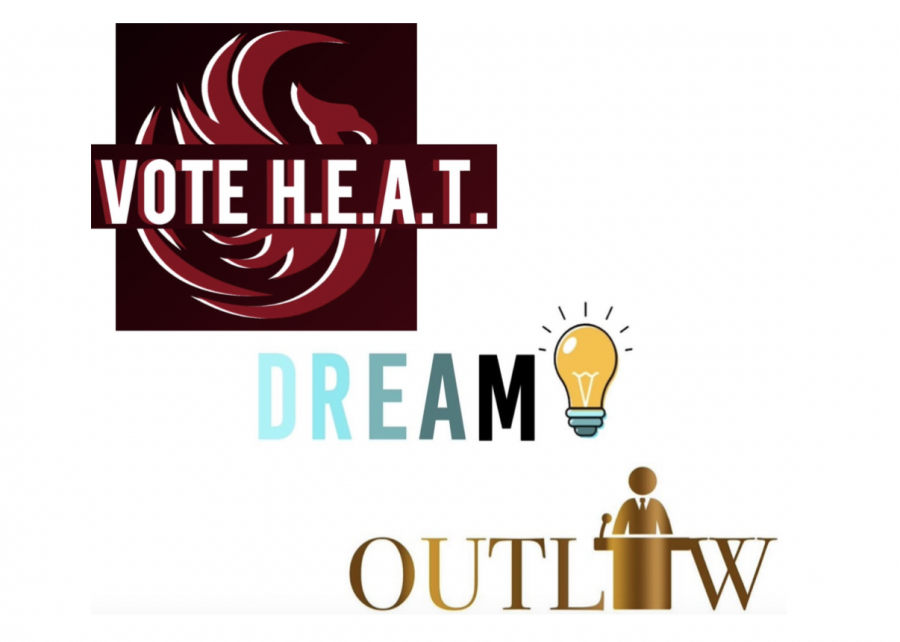 St. John’s Student Government, Inc. (SGi) election season is currently underway, with elections beginning on Wednesday, Apr. 15 at 7 a.m. and closing at noon on Friday, Apr. 17. Virtual campaigning, in place of the usual posters, flyers and buttons, was led by SGi with Instagram takeovers on Apr. 1. Both the D.R.E.A.M. ticket (@vote.dream.sju) and the H.E.A.T. ticket (@voteheat), as well as independent presidential candidate Michael Outlaw (@outlaw4pres), used their Instagram accounts to discuss their individual platforms.

In the D.R.E.A.M. ticket’s Instagram takeover, an emphasis was placed on providing better representation for minority groups as they explained the ticket’s focus on both the mental and educational needs of the students, as well as plans to increase on-campus events.

“The majority women dynamic on our ticket certainly speaks to the emphasis of a movement that is necessary on our campus. Not only for women, but also for women of color, who are leading at the forefront,” Metayer said. “We wanted to make sure we had representation, because it matters.”

Similar feelings were shared by candidate for secretary, Phoenix Totesau-Johnson, who said that “What’s made it easiest to unite minority organizations on campus is when we are serving and supporting the minority students on campus.”

“I’ll be able to increase the representation of less involved students and underrepresented groups to make sure they know all the available resources and opportunities the school has,” Lanza said.

Candidate for junior senator, Cherokeesun Goodsun, agreed that reform is needed in regards to how mental health issues are handled on campus, and also mentioned the need to “directly address sexual assault on campus.”

Multiple candidates discussed increasing the amount of events on campus. Candidate for senior senator, Caitlin Cassidy, wants to plan a silent disco party in the D’Angelo Center next year and bring back the class of 2020 for an event.

“They can have their final senior event, and just have a chance to say goodbye to all their friends and all their memories they had,” she said.

Candidate for treasurer, Andres Mercado, has plans to help organizations after the COVID-19 pandemic, “especially when it comes to budgeting concerns and/or rescheduling events.”

A theme throughout their Instagram takeover was legacy, as Metayer discussed how she wanted their plans to have long-term effects on the University after they leave. She plans to work with the Inclusivity Resource Center to create “strategic policy that outlasts us, and is made by us. For us.”

“Seeking after the office of presidency is not about acclimation,” she said. “But rather what substance we can leave on campus through a legacy filled with remedies.”

The H.E.A.T. ticket’s instagram takeover was split into sections. From “spilling the tea” to a Q&A to infographics, the candidates found different ways to share their message. The H.E.A.T. ticket candidates explained that  their main focuses are inclusivity, advocacy and restructuring the relationship between the e-board and student body.

Candidate for president, Patrick Kohn, is currently the chair for Power 2 Organize, the committee that approves new student organizations on campus. Kohn, who is currently involved in SGi like some of the other candidates on the H.E.A.T. ticket, says he wants to “fix SGi from the inside.” Kohn has a “full check list of tangible changes” but says he recognizes that SGi must be restructured for advocacy. He plans to have his e-board be more accountable, accessible and supportive of the student body.

Chris Bernabe, candidate for junior senator, wants to create a better sense of community on campus by advocating for student needs. Bernabe said, “As an e-board, we want to be there for the student body as much as possible.”

Vice presidential candidate Julia Betancourt wants to “challenge the administration and give the power back to the students.” Bentancourt went on to say, “we need to get rid of the hierarchy in student government because everybody’s voice matters.” The H.E.A.T. ticket wants their e-board to function as “a resource for collaborations between organizations and student groups on campus” and “[believes] that SGi is not meant to be a mouthpiece of the administration, but the voice of the students,” according to their Instagram.

“There hasn’t been an e-board that centers itself around student advocacy. Our e-board is going to step up and always put students before the administration,” Betancourt said .

Amy Ackel, candidate for treasurer, spoke on how the e-board must be full of strong leaders who can represent the students and be “for the people.” Ackel says she wants every single student to feel represented.

The H.E.A.T. ticket recognizes “the relationship between SGi and the student body has been damaged and will be improved if and only if SGi treat all student demands with priority,” according to their Instagram. Jamie Selletti, candidate for senior senator said, “as an executive board it is essential to promote that we’re approachable.”

Independent candidate for president, senior Michael Outlaw, expressed his plans to improve the effectiveness and efficiency of SGi by improving its inner workings, advocating for all students and enhancing the student experience.

In order to improve SGi’s inner workings, Outlaw plans to make SGi a more “prominent” presence on campus and to clarify the functions and purpose of student government on campus.

“Student government has the power to advocate for any problems or concerns we face as students,” Outlaw said, addressing the viewers. “In terms of having an outlet to voice your concerns, I know you guys don’t know where you can go to voice your concerns … As president I will promote town halls I will be having bimonthly, along with promoting campus dialogue,” at SGi’s biweekly meetings, Outlaw said.

Outlaw also hopes to take internal measures to ensure transparency and accountability. “If elected I will make sure that we, as an e-board, push out a monthly update about the changes that we’ve made and what we’re working on.”

Outlaw plans to “revitalize the advocacy role of student government,” by encouraging students to voice concerns through town hall meetings and “even highlighting where the SGi office is,” so students are welcome to come in and express any thoughts.

He also hopes to enhance the social environment and increase engagement on campus by developing SGi’s involvement in each organization’s planned events. One way he hopes to do this is by working with St. John’s Now on Instagram (@stjohnsnow) to post event flyers on the account, so that they are more visible to the  student body. He also hopes to ensure inclusivity in these events so that all students are able to find activities that appeal to them.

Outlaw, who served as  SGi’s CCPS representative for two years, says his time in student government and in leadership positions with organizations such as WSJU Radio sets him apart from other candidates.