H.E.A.T. ticket wins all but one position, overall votership down 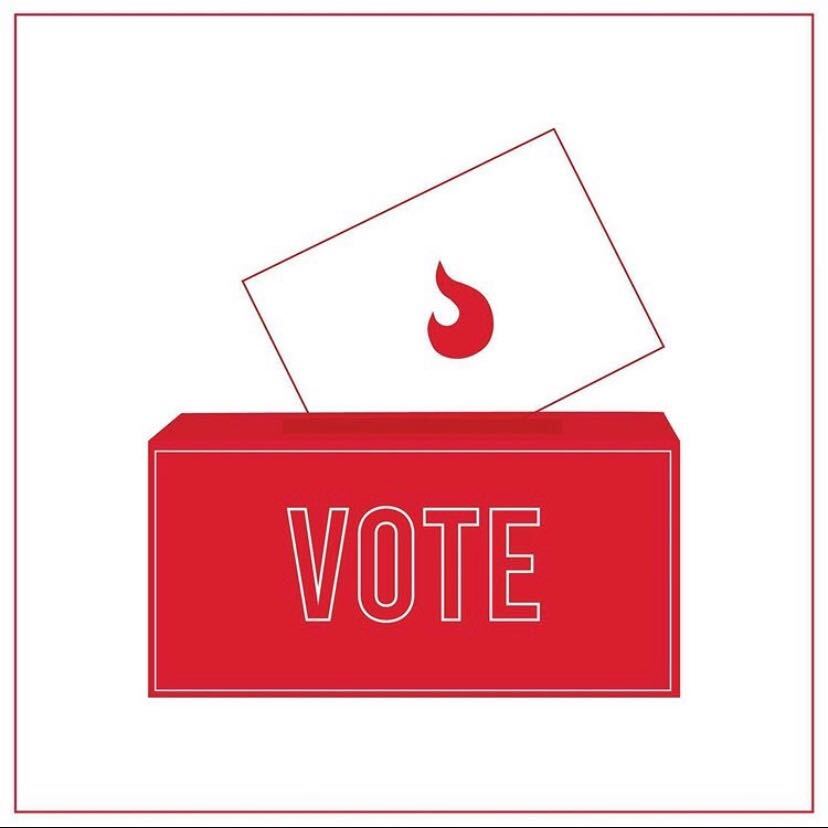 In a statement to the Torch, the Elections Committee confirmed the unofficial election results that were released on Friday, April 17. TORCH GRAPHIC/JENNA WOO

Student Government, Inc. took to Instagram on April 17 to unofficially announce that the H.E.A.T. ticket won all but the position for Senior Senator for the 2020-2021 academic year. A statement from the Elections Committee to the Torch on April 22 said the elected candidates have been notified and that a school-wide email announcing the official results will be sent this week.

This year’s election differed from previous years in that each ticket and independent candidate had to do all of their campaigning online, due to the COVID-19 pandemic. While the average campaign season on the Queens campus would have taken the form of flyers on bulletin boards in the D’Angelo Center or an in-person debate moderated by the Torch’s Editor-in-Chief, this year all campaigning had to take the form of Instagram Lives, posts elaborating on each ticket’s platforms and a virtual debate.

The Elections Committee reported that this year’s election saw a decrease in votership compared to the 2019-2020 election, in which the executive board amassed a total of 3,653 voters.

The Elections Committee provided the Torch with the official election tallies, listed below.

In a statement to the Torch SGi Elections Committee Chair Santiago Mayorga explained that the committee was already expecting a lower voter turnout than previous years prior to campus closing. Mayorga said this year’s low turnout can be attributed to the inability of candidates to physically campaign.

“Physical campaigning on campus is usually the main means for the candidates to spread their message and for us to rally voters, but this year we had to turn completely to social media, which is usually a secondary tool for most campaigns,” Mayorga said. “Only students that followed the SGi account or different candidates saw content regarding the elections in their feeds. If a student had no prior interest in Student Government, chances are [their] exposure to the elections was highly limited. This is a barrier we can overcome easily on campus, but online there were few measures we could take.”

In order to confront these obstacles and confront the low voter turnout they were expecting, the Elections Committee extended the voting period to a total of three days as opposed to the usual two days alotted and they also sent out more emails to the student body than usual.

“Overall we are not surprised by the results, it fits the low turnout that we expected and did better than our worst predictions,” Mayorga said. “We hope that this is not an experience that repeats itself, but if it does we now have more information to be based on and plan future elections.”

The H.E.A.T. ticket — which stands for honesty, equity, accountability and transparency — beat the D.R.E.A.M. ticket and the only independent candidate for president, Michael Outlaw. Only D.R.E.A.M. candidate Caitlin Cassidy defeated the senior senator candidate for H.E.A.T., Jamie Selletti.

The ticket issued a statement on their Instagram (@voteheat) on April 18, where each candidate expressed their thanks to those who supported them.

“I’ll never be able to fully express in words my appreciation for all the love and support we received throughout this campaign,” president Patrick Kohn said. “Thank you to all who supported us personally — our friends and family, both on campus and off campus. Without you, we would’ve never gotten to the places we are now, and we cannot express how important you’ve been to us.”

A major platform for H.E.A.T. was also the restructuring of SGi to increase transparency for the student body, which vice president Julia Betancourt elaborated on in her official statement on Instagram.

“It is time for us to work together now,” Betancourt said. “We invite you in. You are the priority. Our rights are important. Let’s rewrite SGi together.”

All the new members of the e-board announced their plan to join a Zoom meeting on Saturday, April 26 at 6 p.m. EST hosted by Students of Consciousness (@soc_sju) via an Instagram story posted on  April 22. Students are invited to attend and discuss what they need socially, financially, emotionally and academically from the University and the community during this time. As stated via their Instagram story, the new e-board will use this virtual meeting to “collect data and form a plan for contacting constituents.”

“We’re still in transition,” they continued in the same Instagram story. “But we need to be present for those conversations even though we haven’t fully become the e-board yet.”

Her main focuses include creating memorable senior events, a yearbook revamp, raising awareness for the senior scholarship and utilizing alumni to aid seniors in career readiness. For the yearbook, she hopes to expand the committee by bringing in journalism, photojournalism and marketing majors for a new perspective. For the senior scholarship, she listed several ways to increase funding, including class of 2021 T-shirts, silent auctions, a GoFundMe campaign and a basketball tournament fundraiser.

The entire campaign and election process was overseen by the SGi Elections Committee. The official date for inauguration has yet to be set.