President Gempesaw announces June 2021 retirement: “I strongly believe that it is the right time for new leadership at St. John's.” 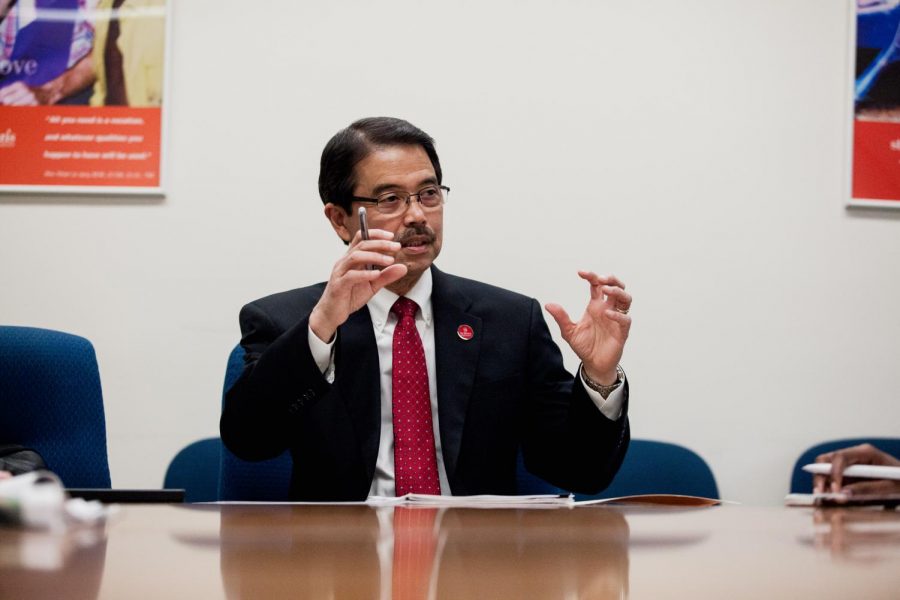 St. John’s University President Conrado “Bobby” Gempesaw will be retiring “at the end of his term in June 2021,” according to an announcement from the University on June 10. Gempesaw officially began his term in October 2014, serving as the University president for the last six years.

Gempesaw is the first layperson to hold the role of president in the University’s 150-year history, the Torch reported in 2014. He came to St. John’s with nearly 30 years of experience in academia, notably serving as provost of Miami University in Ohio before making his way to Queens.

“It has been the privilege of my life to serve as president of St. John’s University, and this decision was a difficult one, reached after much reflection and prayer,” Gempesaw said in the announcement. “I am very grateful to have spent the past six years working with the St. John’s family — including our dedicated faculty, administrators, staff, alumni, Board of Trustees and Board of Governors — in advancing the University’s mission of providing a quality and affordable education for our students and serving those most in need,” he continued.

“I have worked for the past 40 years, including 36 years in academia and 4 years in industry.  My wife, Clavel and I are looking ahead to the next chapter in our lives. We want to spend more time with our family, especially now that we recently welcomed our first grandchild and another grandchild is coming soon,” Gempesaw said in a statement to the Torch. “Furthermore, I strongly believe that it is the right time for new leadership at St. John’s.”

The University announcement describes several of the notable statistics of Gempesaw’s tenure: a “record total enrollment” of 14,499 undergraduate students in 2019, the highest four-year graduation rates in 30 years for the 2019 and 2020 graduating classes, a career placement rate of 94% according to student surveys and $275 million in financial aid given to students in the 2019-20 academic year.

This announcement of Gempesaw’s retirement comes shortly after several University announcements regarding plans for a return to campus for the fall 2020 semester, after going remote for the spring and summer 2020 semesters in response to COVID-19.

The president told the Torch that his retirement will not impact the University’s plans to return to campus.

“The announcement of my retirement will have no impact on the ongoing plans of our Return to Campus Task Force. The work of the task force is well underway and plans for a return to campus in the fall are already underway and will move forward uninterrupted,” Gempesaw told the Torch.

“I remain committed to leading the University during this challenging time until my successor is selected in order to facilitate a smooth transition to the new leadership,” Gempesaw continued. “Our work continues so we can sustain the progress we have made over the past six years in ensuring student success and academic excellence, and living out the Vincentian mission. We will continue to implement the action plans aligned with our four strategic priorities.”

The search process for a new University president will be national in scope and will involve outreach to those in the University community including faculty, students and alumni. Further details regarding the process will be announced in the future, according to the University announcement.