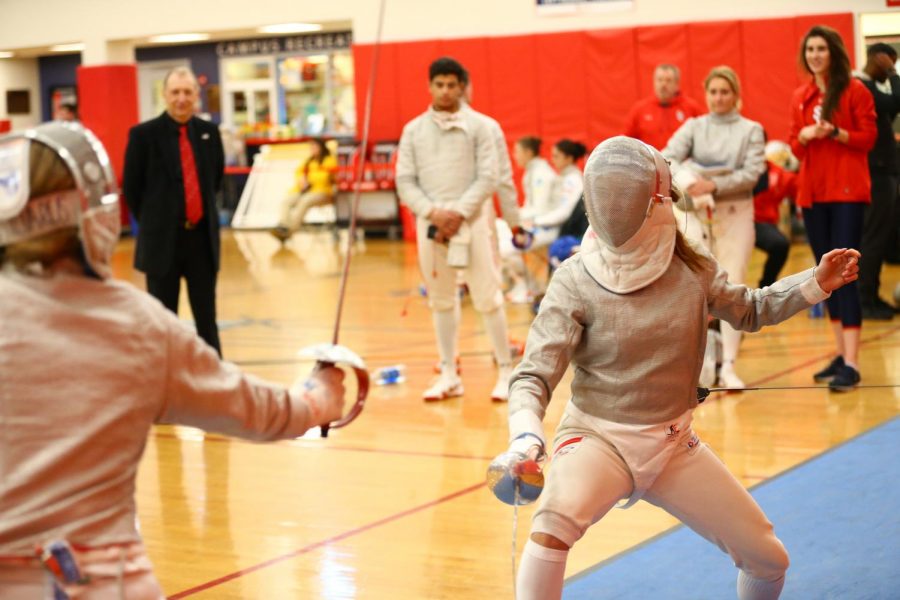 Boris Vaksman, one of three assistant coaches for the St. John’s fencing program, was terminated from his role following the leak of audio, and subsequently, corresponding video of racist remarks.

New York Daily News reported that Vaksman’s comments were made during a virtual youth coaching session held via Zoom on June 3. According to the article, the call was held with students of the Manhattan-based private fencing organization, New York Fencer’s Athletic Club.

Leaked audio from this Zoom call was posted by an anonymous user on Instagram on June 10. On the following morning, the corresponding video of Vaksman in the virtual call was published on the Instagram page of Olympic fencer Ibtihaj Muhammad. The video on Muhammad’s Instagram account is edited to string Vaksman’s comments together in a 25-second span.

While the original context of the discussion was unclear, Vaksman can be heard remarking that “the most trouble” comes from black people and delivering several other racist remarks about black people and slavery.

A University spokesperson confirmed Vaksman’s termination to the Torch on June 11.

“As soon as the recording was brought to our attention the matter was immediately investigated and the individual no longer works at the University,” Mike Cragg, University director of Athletics said in a statement to the Torch via a University spokesperson. “The racist comments expressed are completely unacceptable and a rejection of everything for which the University stands.”

Vaksman’s page on Red Storm Sports, the University’s website for its sports programs, has been removed as of June 11.

Vaksman had been working with the St. John’s program since 2006 as an assistant coach. He was a four-time National Epée champion and four-time Soviet Union champion with wins in the Socialist Republics, Moscow World Cup and Talin World Cup. After a brief stint of coaching in Ukraine in the late 1980s, Voksman moved to coaching in New York City. Up until his termination from St. John’s, he had been working as the epée coach for New York Fencer’s Athletic Club and the United States National Junior’s Epée team.

The US Fencing Association (USA Fencing), the national governing body for the sport of fencing in the United States, published a statement on the evening of June 10 regarding the beginning of an investigation into the incident.

“We are disgusted by these statements, which are racist, offensive and have no place in the USA Fencing community or in society as a whole,” the statement said. Within the same statement the organization also announced that it will be implementing measures to protect its athletes and members “who may be victimized, marginalized, or otherwise injured by such conduct.”

Vaksman did not respond to a request for comment from the Torch as of June 11.