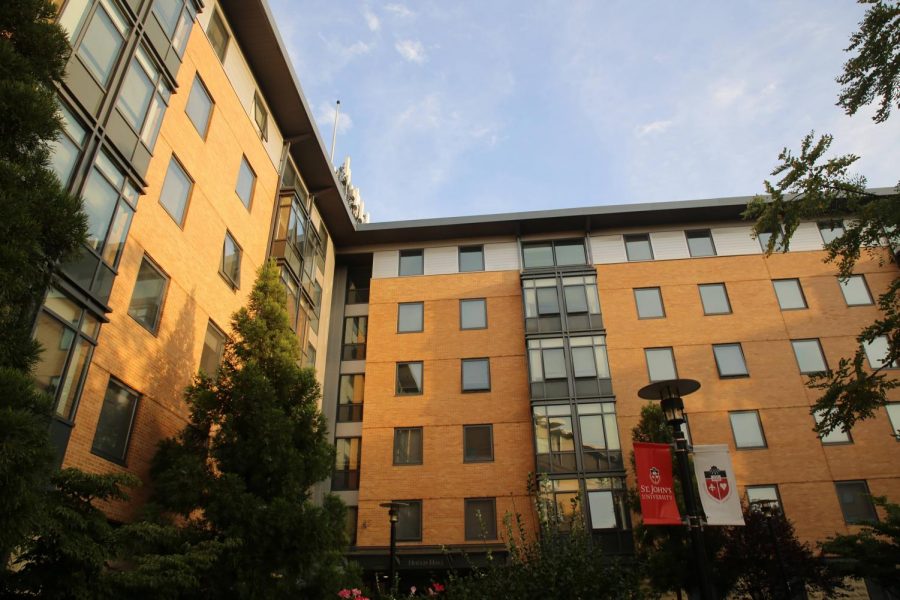 Students residing in Hollis Hall, a freshmen dorm on the Queens campus, were notified Oct. 7 that they were to undergo mandatory COVID-19 testing and quarantine in their suites until the results of these tests came in, an expected 72-hour window, according to an email sent to Hollis residents obtained by the Torch.

In their original email to Hollis Hall students, The Office of Residence Life indicated that previous testing “identified a handful of rooms [in Hollis Hall] with students that tested positive for COVID-19.”

Last week, the Torch spoke to Hollis Hall resident Eleni Likokas, who said she was “never officially told anything” in regard to any positive cases within the building or students quarantining in Hollis prior to the mandatory quarantine and testing.

“Students that are required to isolate or quarantine are notified of their specific circumstances only,” the Office of Student Affairs told the Torch in an email.

“Information regarding positive cases is reported in the aggregate to ensure the privacy of the individuals involved,” Student Affairs told the Torch.

The reported cases count throughout the St. John’s community did, however, increase from 12 to 29 reported cases in the five days following this mandated quarantine for Hollis residents according to the University website. The number of beds in use for isolation on campus jumped from four on Oct. 7 to 22 by Oct. 12.

While the decision to quarantine these students followed increased restrictions put in place by New York State and the New York City Mayor’s Office to prevent the spread of COVID-19 in Queens and Brooklyn, Student Affairs says the testing of students was not mandated by the city or state, rather it “was decided on by the internal team on campus.”

You can read more about the new restrictions put in place in the surrounding Queens cluster here.

As of Oct. 13, the University has conducted 2,020 PCR COVID-19 tests since Sept. 12, according to the state’s COVID-19 tracker.  Out of these tests 21 positive COVID-19 cases were recorded, but this number does not include the results of any outside testing, nor the time frames in which these positive cases were identified. The state’s tracker only focuses on student statistics, while the St. John’s ”Reported Cases” landing page indicates that tracked data includes both students and employees.

According to the state’s COVID-19 tracker, updated on Oct. 13, 60 students are currently quarantined both on and off campus, with a total of 32 students isolated. Nineteen students are doing so off campus and 13 people are isolated in on-campus housing.