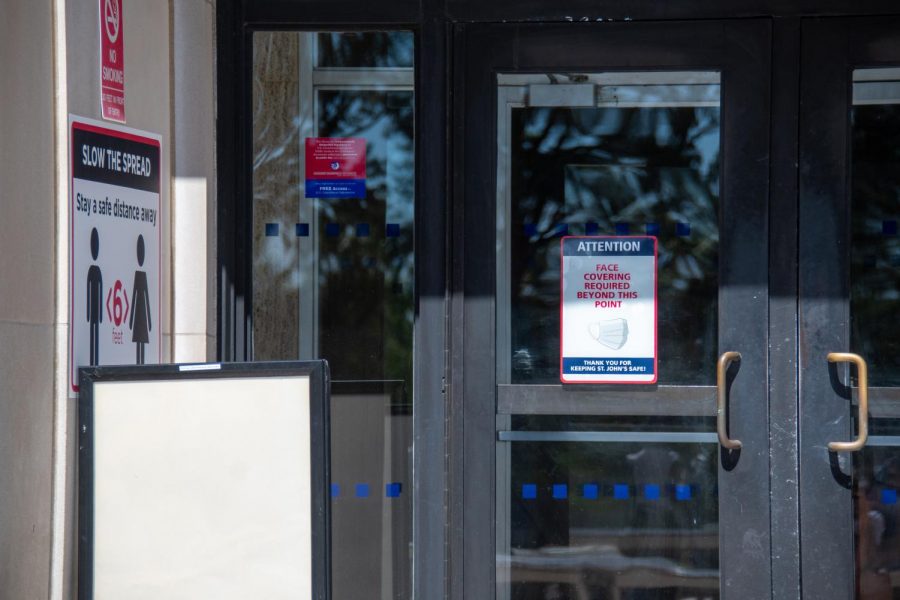 After several days of back and forth between officials in Albany and New York City early last week, Governor Andrew Cuomo and Mayor Bill de Blasio have implemented new directives impacting businesses and schools for areas in Brooklyn and Queens to stop the spread of COVID-19.

The area surrounding the St. John’s Queens campus remains open, students still attending classes in-person and visiting businesses and restaurants in direct proximity to campus. Other parts of Queens nearby vary in terms of their level of closure – some parts of Kew Gardens and Forest Hills, located within three miles of campus, are shutting down public schools, non-essential businesses and restaurants for the next two weeks. St. John’s University will remain open.

Cuomo has devised the “Cluster Action Initiative,” a course of action that will be taken in order to slow this spread, in maps of the three cluster zones devised by the state. The area of Queens surrounding the University’s main campus has been divided into colored-coded, mile-long radiuses, with restrictions varying by each colored zone of red, orange or yellow. See the colored zone maps here.

The St. John’s Queens campus is located on the outskirts of one of these cluster zones, specifically in the yellow zone, the epicenter of which falls in the area surrounding Flushing Meadows Park.

Mandates imposed by the state seemingly require the University to adjust their mandatory weekly COVID-19 testing, according to the map – but this map shows a portion of St. John’s University in the yellow zone and the eastern half of campus adjacent to Utopia Parkway falling out of the colored map completely.

According to the Office of Student Affairs, who told the Torch in an email, “there has been no indication from NYS as to whether or not these new guidelines apply to institutes of higher education or only K-12.”

In turn, there has been no guidance as to whether St. John’s will be faced with new requirements or restrictions by the state in regards to their testing or in-person operations. The Office of Student Affairs said that the weekly random testing of students living on campus conducted by the University will continue, but not because of a requirement by state restrictions.

Last week, on Oct.7, the University required the mandatory testing and quarantine of students residing in Hollis Hall. The Office of Student Affairs told the Torch that this testing was not mandated by the state.

Back in August Governor Cuomo announced that colleges in New York State that reach 100 active cases must close for two weeks and revert to online learning to reevaluate. The University’s current two week window began on Oct. 12 and will end on Oct. 23, after which time it resets.