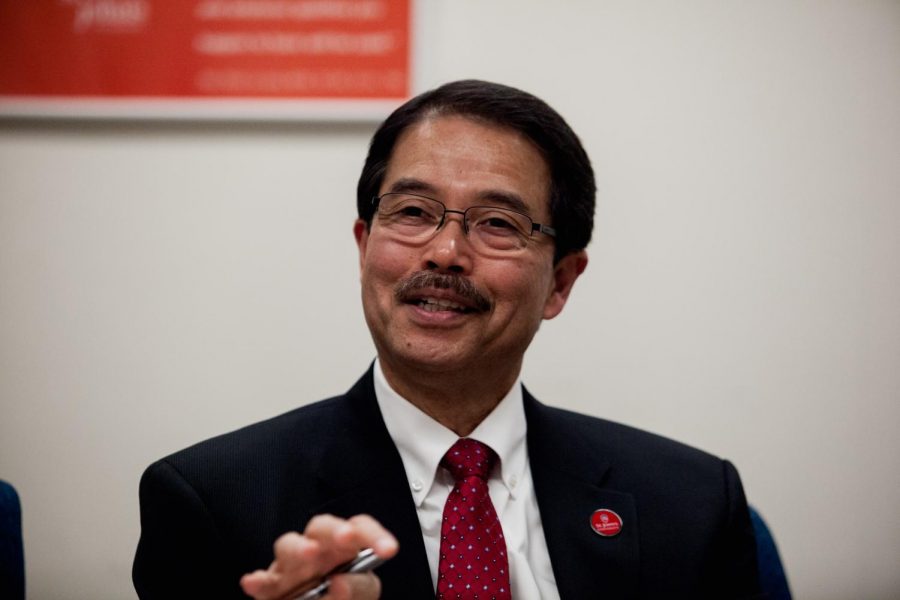 Conrado “Bobby” Gempesaw, the 17th president of St. John’s, bid his farewell to the University community on Jan. 27. In an internal communication, Gempesaw sent a letter in which he thanked students and faculty for their “support and cooperation” during his tenure of six and a half years.

“I thank the students for their perseverance and determination to achieve their dream of a St. John’s education, which motivates and inspires us to do everything we can to help them succeed,” he wrote. “I thank the faculty, administrators and staff for their passion and dedication to help our students and make the University the best it can be.”

Gempesaw took on the role of president in July 2014, and officially began his term in October of that year. In the then-144 years of St. John’s history, he became the first layperson to hold the position. Gempesaw’s presidency was noteworthy as he — like many members of the St. John’s community — is a first-generation immigrant.

“For an immigrant who came to this country forty years ago, serving as the first lay and 17th president of St. John’s has been a singular honor and the privilege of a lifetime for which I will always be grateful,” he wrote.

In the email, Gempesaw stated that one of the most important things to him during his tenure was providing “excellent education for all, especially those in need.” During his tenure, the University had a “record total enrollment” of 14,499 undergraduate students in 2019, the Torch reported last year.

Taking Gempesaw’s place is Rev. Brian J. Shanley, O.P., who served as president of Providence College from 2005-2020. His term officially began on Monday, Feb. 1. In his email Gempesaw welcomed Shanley, wishing him “the very best as he leads St. John’s to a new beginning.”

At the end of the letter, Gempesaw emphasized how much his time at the University impacted him and his wife Clavel Albay Gempesaw, and stated that he knows the University is in good hands.

“As we begin the next stage of our lives, we will take with us wonderful memories of being part of the St. John’s family and will always cheer for the Red Storm. From the bottom of our hearts, thank you and our very best wishes to all,” Gempesaw said.