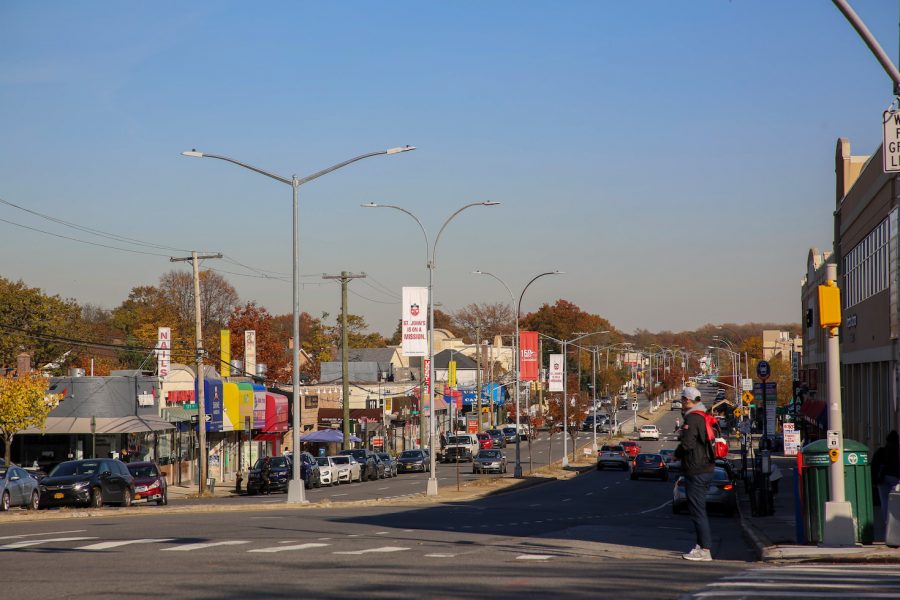 An investigation by the Office of Student Conduct is taking place after a video of a social gathering that took place off-campus circulated on social media over the weekend.  A St. John’s University student posted the video on their Instagram story on Feb. 12, with a geotag that read “Sigma Pi Fraternity at St. John’s University,” alluding that the gathering was hosted by St. John’s fraternity Sigma Pi.

The Office of Student Conduct told the Torch that the investigation will  identify whether students live at the Queens residence where the gathering took place and “what their involvement in the social gathering was,” according to Kathryn T. Hutchinson, Ph.D., Vice President for Student Affairs.

The video, which was approximately 5-seconds long, has since been deleted from Instagram. It appeared to depict dozens of people in a room without masks or social distancing. Asked about this video, Hutchinson says the University has received reports regarding an off-campus social gathering that took place on Feb. 12.

The Torch reached out to Sigma Pi for comment regarding the matter.

“The University is investigating an off-campus event that took place where students and non-students were in attendance,” Sigma Pi told the Torch in a message.

“We are respecting the University’s policies and procedures regarding the investigation, and working with the relevant offices and University officials where appropriate,” Sigma Pi continued.

Indoor and outdoor gatherings in New York state are limited to no more than 10 people at private residences, according to an executive order enacted by Governor Andrew Cuomo on Nov. 13.

The Student Organization Conduct Process specifies organizational rights and sanctions.  Some of the reparations for organizations in violation of conduct include a fine, probation, suspension as an organization and loss of recognition.

This is a developing story. Check back for more.