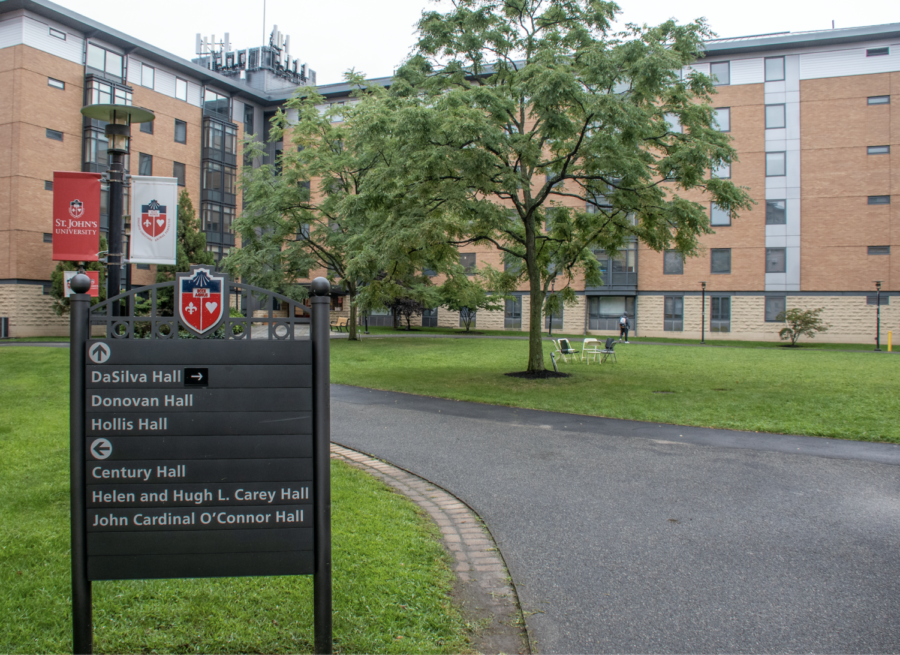 Hurricane Ida barreled through St. John’s campus along with the rest of New York City after the first day of classes on Sept. 1st. After torrential rain throughout the night, residence halls flooded, some morning classes were cancelled and public transportation was halted across the city.

“This flooding occurred when the 100-year-old NYC storm drains could not handle the sudden volume and influx of rainwater,” Brian Baumer, Associate Vice President of Campus Facilities and Services, told the Torch.

There was minor flooding in Bent Hall, Marillac Terrace, Little Theater, Taffner Field House, Henley Road Complex, the C-store and all the basements of the buildings that make up the residence village, according to Baumer.

“I was told I couldn’t go down to the basement to get my laundry because of the flooding,” he said.

Junior fine arts major Allison Shortell was in Carey Hall the night of the flooding and found out the next day that the basement and elevator were shut down after having slept through the majority of the storm.

“On the morning after the storm, there was a pink sheet of paper taped to the stairwell door advising students not to go down to the basement,” she said. “It was a good thing I didn’t need to do laundry that day.”

“The more serious flooding with higher levels of water accumulation occurred in the off-campus Bartilucci Center and the Seton Complex, all of which were confined to basement areas,” Baumer said.

Junior communication arts major Jonathan Wilds is among the many students who had a Thursday class cancelled.

“Honestly, I was surprised that more of my classes weren’t cancelled that day,” he said. “The only thing that was annoying was that my professor told one of his co-workers to stand in for him and that he was running late. Turns out he was stuck [in traffic] on the Throgs Neck Bridge.”

The housing alert titled “Storm Flooding” warned resident students to protect and relocate their personal belongings, especially those in ground floor apartments like the Townhouses. The alert also advised students to place towels down to absorb any intruding water. A parking advisory for students parked in the ROTC lot was issued along with Facilities Service work orders and contact information to give students a proper way to report flooding, leaks and damages.

“Students are advised not to enter any building basement and to discontinue elevator use at this time until unsafe conditions can be remedied,” an email sent from St. John’s University Office of Residence Life that night to resident students said.

All water has been removed from the buildings, according to Baumer, but in some places Campus Facilities is waiting for the areas to dry.