Which 2016 candidate is the real tycoon?

Hillary Clinton gives Trump a run for his money 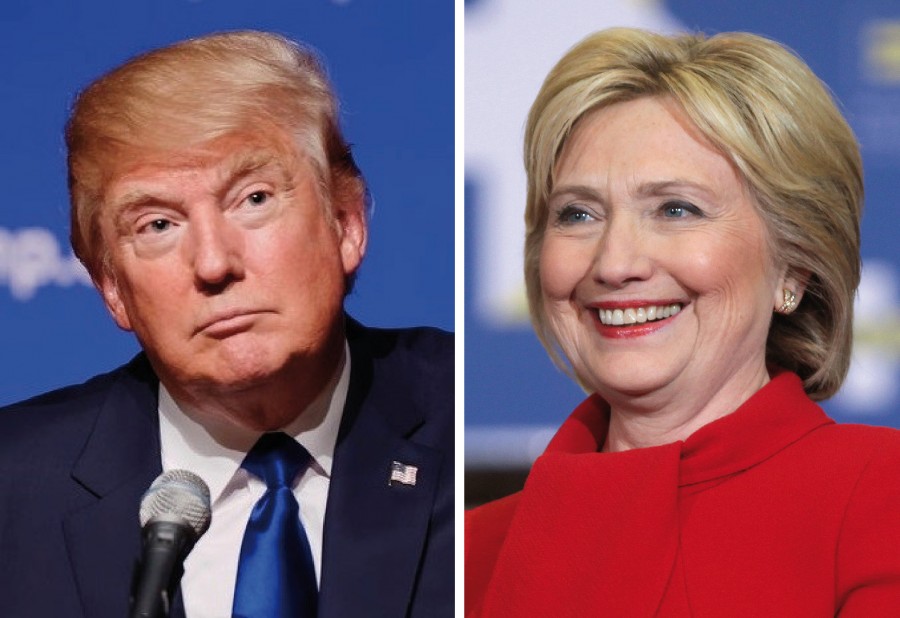 If we could all agree on one thing about the 2016 election, it’d most likely be that Donald Trump is great at getting people’s attention. He’s the kind of guy you’d expect to see shove you out of the way as the subway car doors close, if he ever actually gets close to public transportation.

He’s cut out by many as a soulless, parasitic mogul, dabbling in everything from resorts and casinos to reality television and now, of course, politics. He’s notoriously offensive, and notoriously successful despite numerous failed business ventures and case settlements that have been made public over the course of his campaign.

But, for everything he is, there’s one thing that separates him from any political rival: arrogance. Donald Trump’s too-big-to-fail attitude has certainly landed him in hot water with many of his questionable statements, and these could prove to haunt undecided voters in the primary elections. His unique façade of arrogance has helped accelerate his criticism. Even to some aspect, his loud personality and lack of political plan seem to put him in close comparison with many current members of Congress.

Hillary Clinton, on the other hand, brands herself as the polar opposite: an up-and-coming, people-person miracle worker, aiming to advance herself into the White House as the first female president in United States history. She’s a woman working up the ladder in a man’s world, from First Lady of Arkansas, to First Lady of the President, to a New York senator and finally Secretary of State. She’s advertised as the one who breaks the glass ceiling, all the while relating (or attempting to relate) with the common American.

It’s important to remember though, that this battle of personalities between the pair is highly politicized. The names Trump and Clinton are brands marketed to the American people, and while Trump’s brand is clear arrogance and unwavering patriotism, Clinton’s is submerged in a subtlety that makes her far more dangerous than Trump. Behind the brand, Clinton is far less representative of the dream that’s advertised, and American people could fall tricked into the hands of the real political tycoon in the 2016 race.

The centerpiece of the Clinton brand is the Clinton Foundation, a non-profit formed in 2001 after husband Bill left office. It’s marketed as a global force for good, alleviating poverty, administering medicine and combating HIV/AIDS throughout much of the developing world. It does this by inciting partnerships with various organizations-Doctors Without Borders, the Red Cross, etc.-and piggybacking off of their established efforts for maximum media attention.

For example, while Doctors Without Borders had 300,000 HIV patients in their hospitals in 2012, the Clinton Foundation had effectively none, partnering with and endorsing the organization in an attempt to foster credit for work already committed.

It’s a simple exchange; the power of the Clinton name, for credit where credit isn’t due. It’s the kind of political backchannelling-over a serious epidemic nonetheless-that even Trump hasn’t committed.

The Clinton Foundation has also been notorious for blending the limits of public political transparency and private investment. The Foundation has been in favor of facilitating many public-private partnerships in the developing world, where foreign leaders who are endorsed by the Clinton’s also allow lucrative business deals and lavish charity dinners to be held in their countries.

On this long list of international leaders are many people with shaky political records, such as Kazakhstani Dictator Nursaltan Nazarbayev, who has been accused of human rights abuses by multiple organizations, and Rwandan President Paul Kagame.

Kagame, a “Clinton Global Citizen of the Year” in 2009, has been repeatedly accused of arresting political opponents and journalists and has been accused within the United Nations of commanding a militia that killed and raped thousands during the 1994 Rwandan Genocide.

Why would the Clinton Foundation wish to associate with these leaders?

Perhaps, it is because when Hillary Clinton was Secretary of State, her nod was necessary for major American investments in Kazakhstan’s untapped uranium deposits.  Many shares of the newly founded UrAsia were later doled out to close political confidants of Clinton, who committed large donations to her campaigns both in 2008 and 2016. Secretary Clinton’s approval and ushering of the UrAsia deal came as a surprise to much of the industry; it was effectively a shadow organization that was competing for bids against well-established international mining corporations.

ROSATOM, Russia’s state-run nuclear agency, also began buying up the untapped uranium deposits located within the United States. Under Secretary Clinton’s watch, the Clinton Foundation made $145 million in donations from the likes of Nazarbayev, while Russia expanded its reach into American industry. In an awkward twist, ROSATOM is one of Iran’s largest suppliers of uranium, which will be used for their ‘peaceful’ nuclear program.

Forget about the email scandal, where she used a private server to store ‘born confidential’ information, thus exposing it to potential intrusions from the internet and jeopardizing national security. Forget her dubious voting record on issues such as the Iraq War and the Keystone Pipeline. Look at the financial gains the Clinton brand has received through her various political roles. The 2016 Presidential Race is highly politicized. While Hillary Clinton has advertised herself as a people’s person, in reality, she’s actually more greedy and ruthless in business than Donald Trump.

This is where the danger lies because, while we all know Trump for what he is, the political underpinnings of the Clinton Campaign have been largely overshadowed by her glass ceiling-breaking, people-person persona. She’s effectively brokered better deals for the Clinton Foundation than Trump has for the Trump Organization, and jeopardized far more lives and jobs in the process. Trump 2.0 with a consistent smile, you could say.