A shattered glass ceiling no one talks about 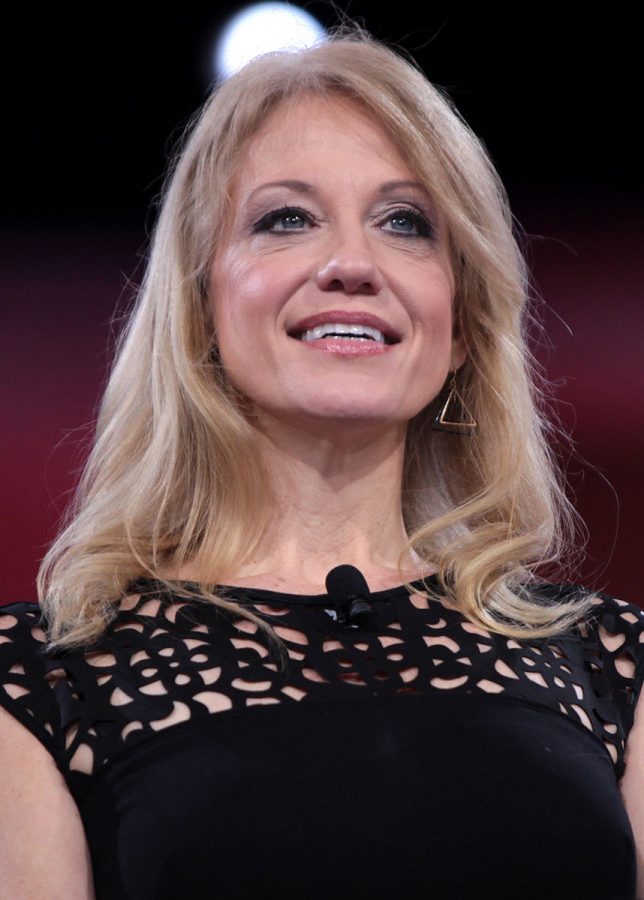 Last week, America erupted when it was officially announced that Donald Trump would be the 45th President of the United States. While some claimed that Democratic nominee, Hillary Clinton, didn’t win based on her gender, therefore leaving the ultimate glass ceiling unshattered, others celebrated glass ceilings that were broken in Congress.

But one glass ceiling shattering that wasn’t being widely celebrated? The one broken by Trump’s campaign manager, Kellyanne Conway.

Conway took over the Trump campaign in August, and ultimately helped lead him to victory. She, like Trump, has made comments that some consider questionable, and is known for her steadfast loyalty to someone who is arguably one of America’s most controversial presidential nominees.

But more than that? She is the first woman to successfully run a presidential campaign in the history of the United States, and regardless of political views, she deserves praise.

Trump’s campaign went through more than one chair, like Corey Lewandowski and Paul Manafort. But ultimately, Conway would be the one to lead him to success.

So, I ask my fellow women: why are we not celebrating her achievement?

You don’t have to agree with Trump’s views whatsoever to acknowledge that Conway soared through an important glass ceiling that had yet to be broken. In the world of politics, which has long been dominated by men, Conway, a pollster and strategist, not only paved the way for Trump, but also for other women.

In the fight for equality, another milestone has been reached.

Conway has been dealt a plethora of tricky situations, from clarifying statements that concerned voters, to simply strategizing how to get through the final stretch of the race. Throughout the race, we watched her remain calm as she handled the campaign. While the polls had Trump behind, she kept on, and there’s something to be said for that determination.

When it comes to breaking down barriers, we cannot ignore situations like this. In politics, women with varying political affiliations have made significant progress, and have been celebrated for doing so.

We’ve celebrated figures from Sandra Day O’Connor, a Republican who became the first female Supreme Court Justice, to Madeleine Albright, a Democrat who became the first female Secretary of State. We celebrate Clinton’s run for the White House, and we celebrate the women elected to Congress last week. But let us not forget Conway, who, in the face of a brutal election, showed resilience and power, as she led Trump to victory.

You don’t have to be a Republican to praise this achievement, but don’t let it slide without acknowledging it. The praise is well-deserved.