How Much Does Puerto Rico Matter to the U.S.? 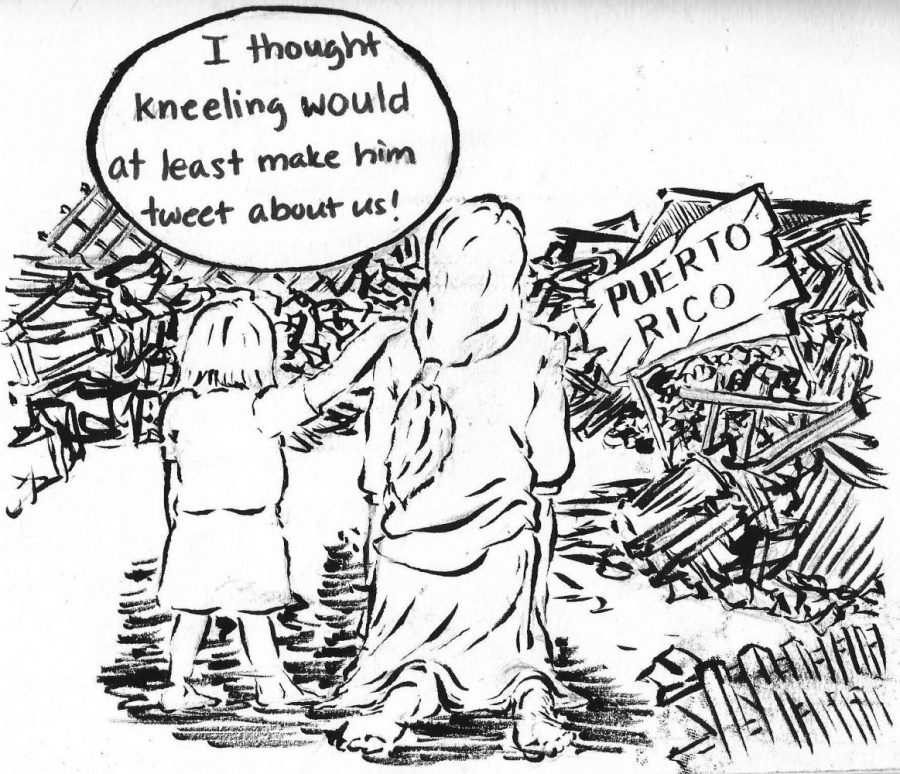 The recent devastation caused by Hurricane Maria and Hurricane Irma in the Caribbean, particularly in Puerto Rico, has raised some important questions on a national political scale in the American media.

All of which seem to imply the ugly truth that Puerto Rico’s true struggle in the wake of the hurricane is proving that they are American.

N.Y. Governor Andrew Cuomo recently called for more aid to be sent to Puerto Rico, urging the country to treat the overseas American territories as they did Florida and Texas.

“The message is simple, Puerto Rico needs help, it needs federal help, and it needs it now,” Cuomo said at a press conference last week.

Similarly, President Trump has assured the public that he is aware of the desolation on Puerto Rico and the U.S. Virgin Islands. He stated that they are one of his priorities by announcing that he will travel to the countries to assess the damage.

Although it seems like the current narrative being conveyed in the media is that Puerto Rico matters, the essential problem is that this had to be stated in the first place.

Imagine if after Hurricane Harvey, citizens of Houston had to remind everyone in their pleas and that they were American. That their right to receive aid from the U.S. Government was justified.

Despite the fact that there was a clear need for coverage and relief efforts in both Texas and Florida, at the very least, those citizens were acknowledged as part of the United States of America.

When countries (or territories) such as Puerto Rico and the U.S. Virign Islands are obliterated, their structures destroyed and their citizens left homeless and hungry; whose responsibility is it to ensure that they are given the resources necessary for restoration?

These islands are not independent.

They are autonomous, have their own unique cultures and are in a separate geographic region from the U.S. mainland, but they are American citizens under the jurisdiction of the United States Government.

Yet, the president and other legislators’ attitudes towards Puerto Rico almost appears as if Puerto Rico was appealing to the U.S. for help as an allied country and not one of their own.

“We’re literally starting from scratch,” President Trump noted in recent remarks. “Ultimately, the government of Puerto Rico will have to work with us to determine how this massive rebuilding effort—will end up being one of the biggest ever—will be funded and organized, and what we will do with the tremendous amount of existing debt already on the island.”

The President’s way of distinguishing between the government of Puerto Rico and the United States—when technically the Puerto Rican government is the U.S. government—effectively captures the sentiment that Puerto Rico is not the same as Florida or Texas.

Consequently, one can’t help but wonder what this means for the hundreds of thousands of Puerto Ricans that are in need, when they are clearly cast aside as the “other” and are citizens of a country who needs to be reminded of their existence in their nation.