The Concept of Diversity on the Runway 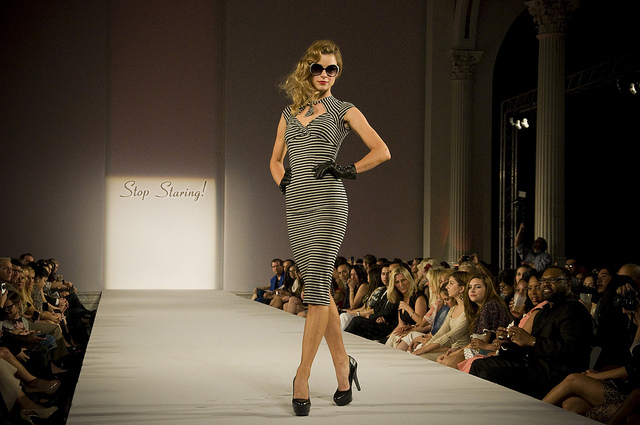 “Janaye Furman Makes History as the First Black Woman to Open Louis Vuitton,” reads the headline of a Vogue article published on Oct. 3.

In the fashion industry, it is no secret that many influential designers are white. Yet, this industry is one of the last to slowly crawl out of a white supremacy cave. It is 2017, so why hasn’t there previously been a black model opening one of the biggest haute couture fashion house collections? Where were the diverse models before?

Fashion month has finally come to an end for the spring/summer 2018 collection. It traditionally starts off in New York, Milan, London then Paris. When it comes to New York, models on the runway are a little more diverse than they are in other fashion shows — like Chanel, which is showcased in Paris.

But there is no excuse. Just look at all the September issues of the major fashion magazines, they predominantly feature white women. You would think we are still stuck in the 60’s.

Jennifer Lawrence is on all four of Vogue’s September covers, titled ‘American Beauty.’ If American beauty is still considered being white, blonde with blue eyes, what does it say for other groups of American women who wish to make a name for themselves in the fashion world?

This just shows how fashion and the business aspect of it believes only white sells.

Out of the five, Naomi Campbell, is the only black model in the bunch that is relatively known all over the world. Yes, she is a major icon in the fashion and modeling industry as she was one of the first black models to open the door for other black models, but that was back in the 90’s.

This door is still closed for Latina and Indigenous models.

Why does the fashion industry think they are diverse by only giving one black girl a chance on the runway? What about the other diverse women that deserve a shot?

The brands try to make it seem as though they are keeping up with the times, but sadly do not want to steer away from their branding.

There are indeed a lot more models with different complexions walking the runways — such as Adwoa Aboah, Winnie Harlow, Dilone, Sora Choi and Mica Argañaraz — but what about an all-inclusive show where women of color are the majority for once.

As of now, they have started including just a handful of diverse supermodels walking during fashion month. However, let’s not give the fashion industry credit for merely “trying.” Change should be happening right now.