Joining the Mission to Lead from a Classroom 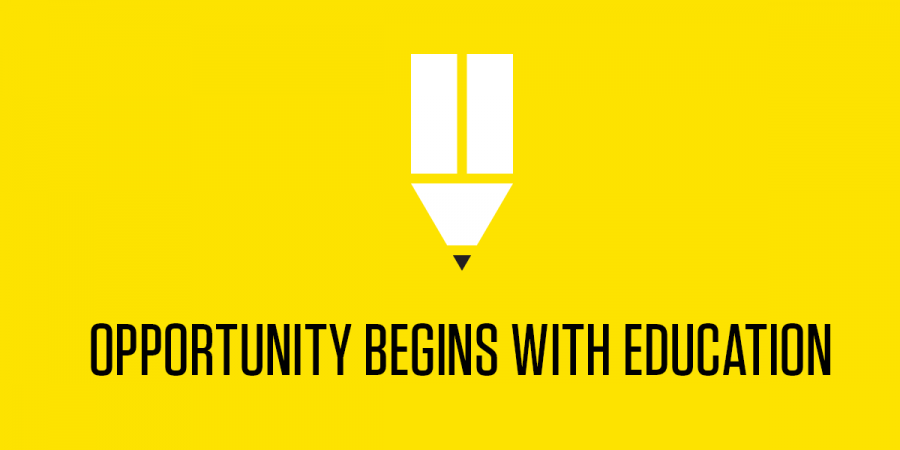 Everyone grows up wishing to change the world. The only question is, “How?”

I used to change my mind frequently when it came to career choices–police officer, architect, astronomer. But today, I know that pursuing education will allow me to make the impact I wanted.

I’m a public school kid and like many others, I have a positive opinion of it. Not all schools are equal though. I remember my dad lining up in front of my elementary school make sure that I was enrolled there. It happened to be one of the best in the district, and even though I lived a block away, I was not guaranteed placement.

As my educational journey continued, I had the privilege to attend one of the better middle schools in my community as well. Unfortunately, not everyone in my hometown – and across the country – is afforded the same opportunities. Students who attend neglected schools do not receive the same quality of education I did.

Once I graduated high school, I decided to move across the country for college. My goal was to become a lawyer. I immensely enjoyed the intricacies of the legal world. There’s a legal basis to everything in life and I wanted to help those who tend to be ignored by society at large. Whether it was through family law, criminal law, or public interest, I knew law could help me aid others.

I also joined the Torch, where I discovered the importance of journalism: reporting for the people and giving a voice to those without the power to speak for themselves. I wanted to make sure there was equality in expression on campus.

In my spring semester of junior year, I received an email from a Teach For America recruiter who would push me to consider another career path. I had never even heard about the program before that meeting, but felt drawn to their mission–expand opportunity for all children by leading from classrooms, school systems and other sectors.

TFA corps members commit to a minimum of two years teaching in a classroom after a summer of training, known as Institute, and ongoing leadership development throughout. Despite its critics, I know that it fills an important need: work to end educational inequity by starting from the head of a classroom. I’m proud to say I’m an incoming 2018 Teach for America corps member.

Education can open the entire world to a child, but unfortunately, a multitude of factors can get in the way. Poverty and a lack of resources can cause children to struggle and fall behind their peers. Over 15 million children, about 21% of all children in America, live in poverty, according to the National Center for Children in Poverty. This contributes to the immense need that these communities have for teachers and leaders across career sectors working together to open doors of opportunity for all kids.

Teach For America places corps members into 53 low-income regions across the country, many of which are in minority-heavy communities. To a child, knowing that a teacher is there for them can mean the world. If I want to change the lives of others, the best place to start is at the beginning, by giving a child the attention and education they need and deserve.

I never anticipated becoming a teacher. I didn’t see myself standing in front of a classroom giving lessons after spending the majority of my life receiving them. But as Nelson Mandela said, “Education is the most powerful weapon which you can use to change the world.”

And I intend on fulfilling that purpose.