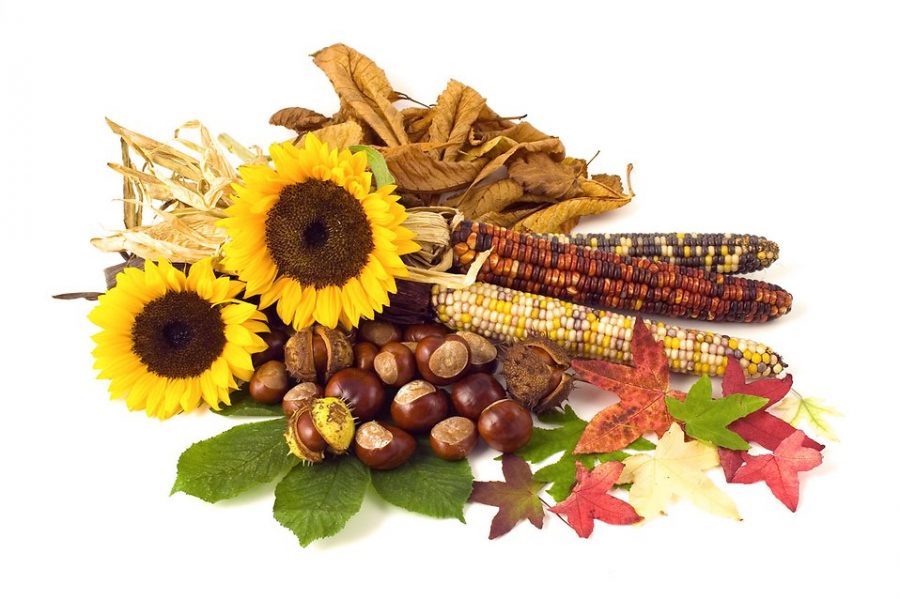 Modern Thanksgiving is essentially a celebration of 4 F’s — family, friends, football and food, which are all similar themes to those of the “first Thanksgiving” in 1621.

Our kindergarten teachers taught us that the Pilgrims and Wampanoag Indians sat around a long table in the woods to enjoy a feast in celebration of the colonist’s first successful harvest, which is not inaccurate.

According to Time Magazine, over 100 people attended the First Thanksgiving to “eat and partake in games.” Sound familiar?

Time Magazine also reported that the eating lasted for three days because the Wampanoag people had to endure a two-day journey on foot to get to the feast.

Today, we have modern transportation to help us reach our holiday destinations, but making long trips to see loved ones is still customary.

The food may be the element of the first Thanksgiving that has remained most similar over time.

There were, in fact, wild turkeys on the table, according to Smithsonian, but primary sources suggest that turkey was not the focus. It was served alongside waterfowl (most likely duck), deer and venison, according to Englishman William Bradford’s written account.

Smithsonian even specifies that the poultry may have been stuffed as well — most likely with onions and herbs, rather than the bread and chestnut mixtures we are accustomed to.  A variety of pumpkin and squashes were also present at the first Thanksgiving.

Alas, there was no pumpkin pie, since the colonists lacked wheat flour and butter, according to Smithsonian.

Although there was no dessert, National Geographic suggests that the 1621 barley harvest makes it a possibility that the first Thanksgiving included beer. Not so different from the modern day American Thanksgivings where people relax in front of their TVs with their Budweisers.

The last similarity between modern Thanksgiving and the first Thanksgiving is that the peace didn’t last long.

While Thanksgiving in our homes may involve occasional political squabbles (especially last year with the unusual presidential election), the aftermath of the first Thanksgiving was much more severe.

Today, people of American Indian and Alaska Native descent make up only 0.9% of the U.S. population, according to the 2010 Census.

Yet, as a country, we continue to neglect the community through instances such as the construction of the Dakota Access Pipeline.

It would be easy to apply one community feast as a universal symbol of peace, but we would be ignoring the underlying systemic problems that continue to fester in the U.S.

We can celebrate Thanksgiving and we should be thankful for what we have, but we should still be aware that the founding of this country came at a steep price to Native Americans.