Why Do We Silence Celebrities For Sharing Their Stories? 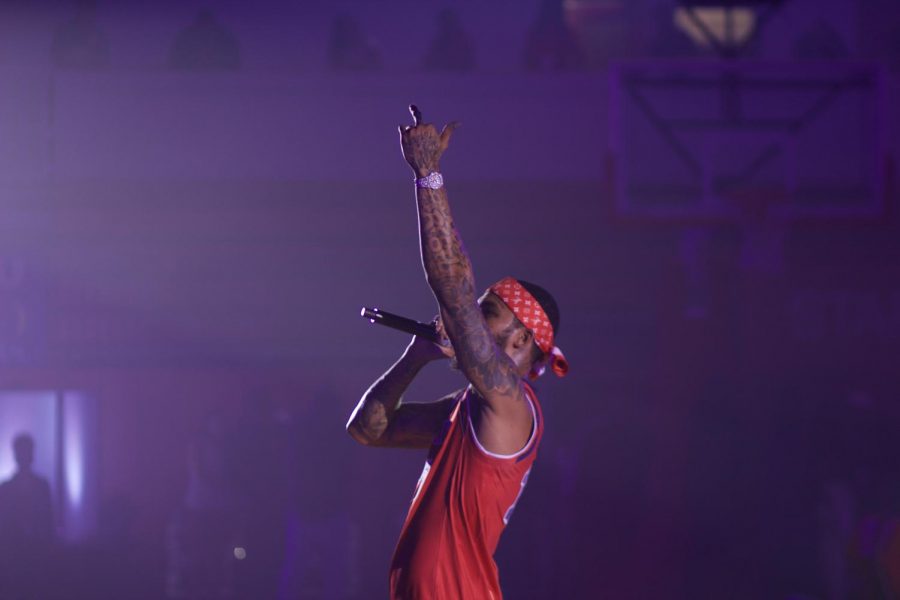 You don’t have to be a politician to talk about politics, most of us know that by tweeting about the election results or arguing on Facebook.

So why was there so much controversy about Dave East’s anti-Trump rant at this year’s Tip-Off?

The Basketball performance was going well and (some) people were rapping along to the words of his songs. Tip-Off was a great time all around, and much less startling than Desiigner’s oh-so-memorable performance last year.

But toward the end, many of us remember him asking the crowd to “put their middle finger up to Trump.”

Students took to social media as usual to express their distaste for the political jab. It’s an ongoing theme of asking celebrities, especially musical artists, to keep politics or their personal beliefs out of their work.

Jimmy Kimmel talks too much about health care, Jemele Hill should keep politics out of sports and Eminem should never rap about politics. However, this is contrary to their occupations over all.

Music is an art, as well as acting and being a TV personality. Life is political, and not in the “left or right” way that we sometimes think. People feel deeply affected by what goes on in the U.S., sometimes emotionally. Why ask them to keep those feelings out of what they do everyday, or what they love the most?

Celebrities who choose the limelight also make a conscious choice to spread what they believe in now that they have such a large following.

We’re human — we want people to believe what we believe. And let’s face it; a lot of people just don’t believe in Trump’s “ideals.”

If students are allowed to put Trump and Clinton campaign flags in their windows for public display, Dave East can say whatever he wants to a crowd of students.

Art and music, especially, is about telling your own story. It’s confusing as to why someone would be forced to leave their political leanings out of that, especially when many students here identify very heavily with their political party or other organizations.

“He just couldn’t keep politics out of Tip-Off?”

No, he couldn’t keep his own — maybe vulgar — story out of Tip-Off. Dave East raps about women, money, and drugs, but most of us don’t say, “why couldn’t he just keep the drug conversation out of his music?”

We don’t get to pick and choose what others want to put in their music. There are many parts of other people’s lives we don’t agree with. If he had screamed “F— Hillary Clinton,” I would have chuckled and moved on. Dave East is Dave East. And I am who I am.

If you’re the type of person who feels threatened by every belief contrary to yours, be careful when you run into any philosophy or theology professor (and you will, this is St. John’s after all) or a student with a different major than you.

While some beliefs are harmful, not all of them require our anger. We aren’t bothered by it every single day, so we shouldn’t condemn people who have a pedestal that’s just a bit bigger than ours.