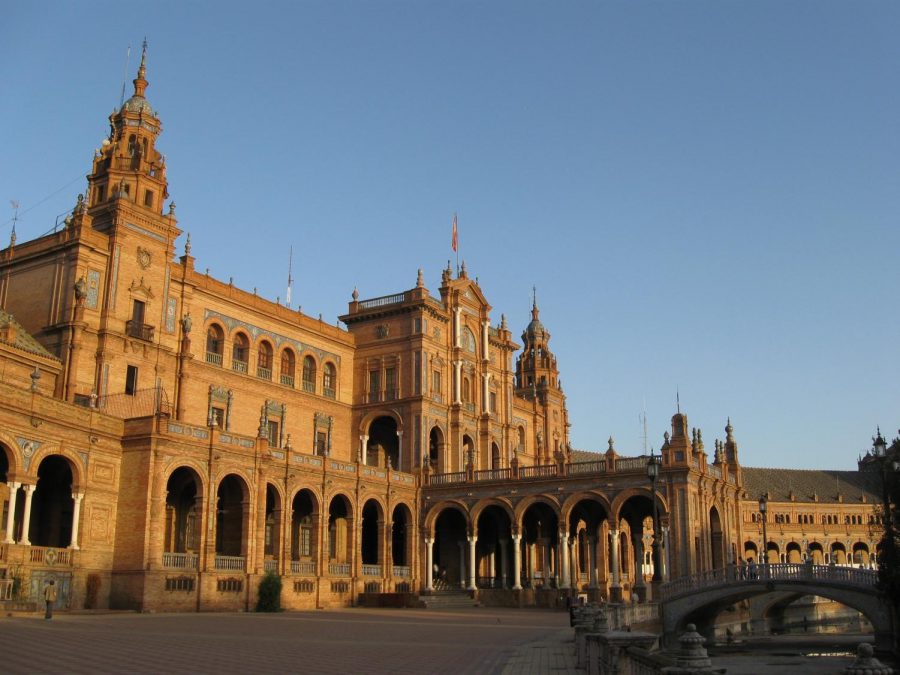 The Plaza de Espana is seen in Seville, Spain. On Jan. 3, St. John's announced that it is ending all study abroad operations in Seville.

Just under 50 percent of St. John’s University undergraduate students study abroad during their time at the University. Compared to the national average of 10 percent, St. John’s truly seems to advocate for students to partake in study abroad programs. Being a global university is part of St. John’s four-part mission; this involves experiencing different cultures, languages and experiences that span across the globe and several different continents. The opportunity for undergraduate students to study abroad in Seville, Spain exposed them to an entirely different culture and lifestyle, all while allowing them to practice the most spoken non-English language in the United States. Unfortunately, due to issues with visas for multi-site programs St. John’s has terminated all study abroad operations in Seville, according to Matthew Pucciarelli, associate provost of Global Programs for the University.

It is hard to understand why the University would deprive students of one opportunity without offering a comparable alternative to replace it. After Seville was removed from the Discover the World Program during the Fall 2017 semester, Limerick, Ireland soon took its place. Although the University successfully filled the gap that Seville’s removal left behind, it does not seem justified. The practical decision would be to operate in another Spanish speaking country, as Spanish is one of the most valuable language skills to possess in modern day America. It is arguable that there are still other opportunities to study abroad in Spanish speaking countries such as Chile, where the University hosts an exchange program. In order to participate in the exchange program in Chile, a student must have taken four semesters of Spanish in a college setting, whereas under the semester long program in Spain only one year of undergraduate studies along with a minimum 2.75 GPA were required.

The opportunity provided to students is no longer the same. If the University were to consider expanding outside of the European continent to one of the other 22 Spanish speaking countries across the globe, it does not seem like students would object. Faculty-directed programs abroad to countries such as Argentina, Cuba and Guatemala appear to be popular choices amongst students. Studying in countries like these have a completely different atmosphere and stray from the European-feel of Seville.

If the University were to establish actual operations in countries like the above during the Fall and Spring semesters, it would serve as an appropriate replacement. The opportunity to study abroad in general is an amazing experience, but to put the language skills learned in the classroom to good use thousands of miles away would prove truly valuable. Coming to St. John’s, studying abroad in Seville was something that I was looking forward to the most, and to have been deprived of that opportunity is an immense frustration.