March For Our Lives… Now What? 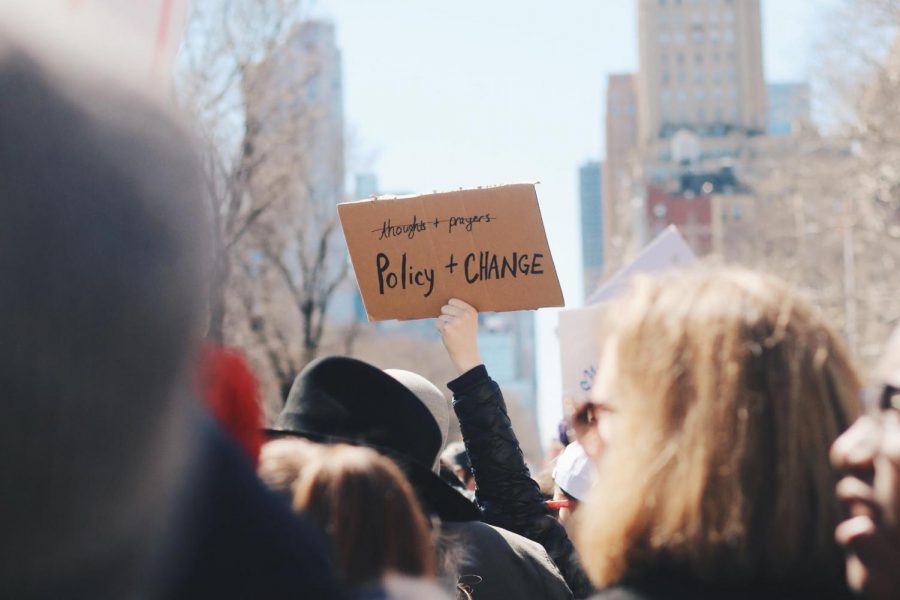 On Saturday, March 24, hundreds of thousands of students, teachers, parents and survivors crowded the streets nationwide with the intent to demonstrate that gun control measures need to be increased in the United States. With more than 800 sister marches spanned across six continents around the world, the turnout was larger than expected in most cities.

At the main event in Washington D.C., the students of Marjory Stoneman Douglas High School, where 17 were killed on February 14, spoke out about the shooting and gave speeches encouraging legislators to make changes to gun laws. While speaking about their former classmates, they continued to ask for the narrative to change and for young adults to vote against politicians who refuse to make changes, including “common sense” gun laws including universal background checks.

With the success of March For Our Lives, it’s difficult to know what we as young adults can do next. But the momentum does not slow down here, there are still things that can be done to show where we stand against the NRA and the politicians who choose to back them.

From marching on the streets to marching before the faces of Congress, organizers of the march are now teaming up with the Town Hall Project to urge every member of the House of Representatives to host a town hall on April 7.

Marching while chanting “Vote them out” is simply not enough. Register to vote if you have not done so already. Encourage those around you to register. Or go so far as become a voter registration volunteer yourself. It takes no longer than five minutes and, in most states it is able to be done online.

With the midterm elections around the corner in November, it is time to show strength in numbers at the poll booths and take action to help vote out those in power who refuse to act.

A campaign by Parkland students, #NeverAgain: Pick Up A Pen, is encouraging the writing of letters to Congress expressing what changes need to be made. Create an event where students can come together to write and send letters or create a designated school drop off where students can leave their letters to be sent to the White House.

After thousands of students walked out on March 14, a month after the Marjory Stoneman Douglas High School shooting, another national high school walkout is scheduled for 10 a.m. April 20, marking the 19th anniversary of the Columbine shooting. Encourage your younger friends and siblings to participate.

Every voice matters — continue to use yours when you can.