Is Columbus the Best Man for a Holiday? 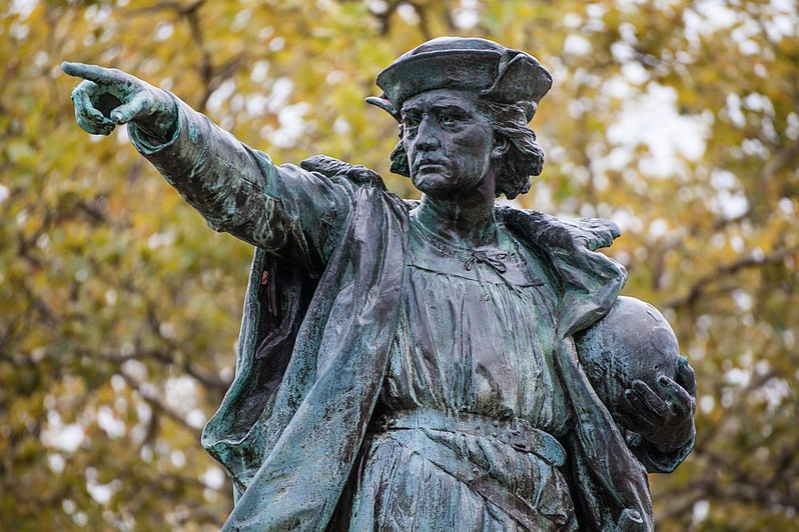 A statue of disgraced Christopher Columbus in a park.

The Celebration of Columbus day for many in the northeastern portion of the United States is seen as a traditional holiday that celebrates the discovery of the new world in 1492, a symbol of  discovery and Italian pride. That is the short answer that is devoid of any real truth. The reality is that Columbus Day, as commonly taught in the public school system, is entirely controversial because of the omission of the fact that  Columbus was no more an explorer than a gambler who got a lucky win after a bad streak.

Cristobol Colon, as Columbus was known, gained financial backing by the crown of Spain which had only that year been born, to go off on a journey that would have been no loss to the new nation had it bore no fruit. The journey did not prove the earth was not flat, as people generally knew this concept to be untrue. It is important  to note was that Columbus wasn’t Italian, since Italy and the Italian identity did not exist during the time period. Rather, he was from Genoa, which like Catalonia today professes an independent culture and language.

His story was even further mythicized to what we know today because of the author of “Sleepy Hollow,” Washington Irvine.

So, what is true? Columbus landed on Hispaniola and brought with him the death and destruction of the indigenous Taíno people. Whether by disease from the Europeans that came with him or the violence both he and his brothers committed in the futile search for gold, lives were lost. Worse, for those still supporting Columbus in the hopes he was a successful businessman, Columbus was removed as governor of the island of Hispaniola after rumors of widespread death and violence made way to the king of Spain. The question here that must be posed is not should the holiday be celebrated, but why is it?

As a member of the indigenous community in Central America, Columbus represents the beginning of the destruction of our sovereignty and the start of our oppression. However, removing my bias for a moment, would it be right for the US to have a day for Andrew Jackson? Since, after all, he expanded the nation further. By elevating a person worthy of a holiday and ignoring the horrible genocide and destruction they caused to a people, is there really any call for solidarity of American values?

By simply celebrating Indigenous People’s Day, you accomplish more toward inclusion and diversity, as well as honoring the people that inhabited this land long before the violence of colonialism created the world we see today. In short, to celebrate Columbus Day brings our society to question whether or not this truly the best we can celebrate discovery. If that is the goal, then the day should be renamed “Florentine Amerigo Vespucci Day,” since he was the cartographer who drew the map of the western hemisphere.

Simply put, to celebrate that monster is not a matter of politics, it’s morality backed by history.