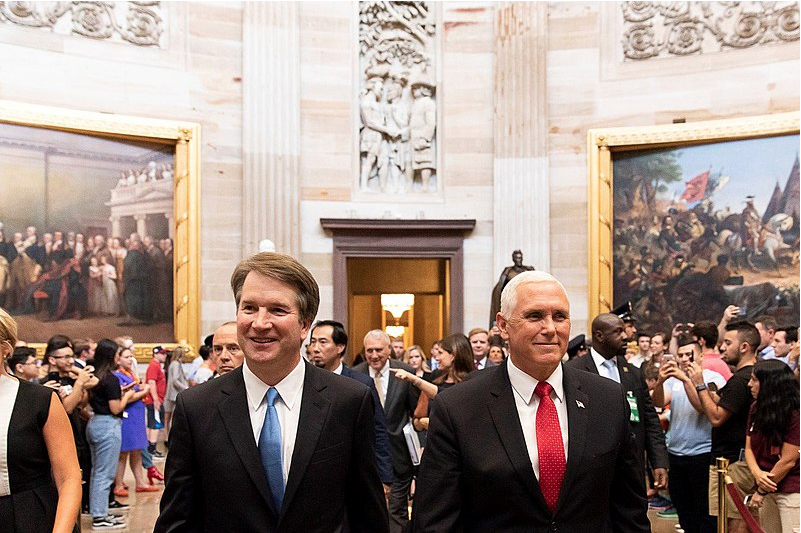 Brett Kavanaugh’s nomination for Supreme Court has officially been approved by the Senate after a very controversial hearing regarding sexual assault.

There are many people that approve or disapprove of this nomination. I personally don’t have an issue with it.

Don’t get me wrong, I support women and the #MeToo movement.

The problem with Dr. Christine Ford’s case was that it was weaker than a “he-said, she-said” case.

Sexual assault cases are always wildly difficult to form an opinion on because they’re  simply a matter of each person telling their own versions of a story.

I normally tend to lean toward the side of the woman in cases of sexual assault.

However, I just find it difficult to do so when there is so much inconsistency in the testimony.

For one, according to a memo released by Rachel Mitchell, the prosecutor hired by the Republicans on the Senate Judiciary Committee to conduct questioning, there are numerous flaws in Dr. Ford’s case.

One major issue with her case is that no one can corroborate that there was a party the night that Dr. Ford claims the assault happened.

Another issue is that she has not provided a consistent account of the events that transpired.

These are among multiple other issues, which I encourage you to look up on your own as they might change your opinion on the matter.

Sexual assault is a major issue that women faced in the past and continue to face today.

While we should certainly take these allegations seriously, we should not automatically believe them without hard evidence. We cannot always blindly believe the woman in the situation.

Especially when their story appears flawed or inconsistent.

I honestly feel that  faulty accusations of sexual assault cause problems for real cases.

If one person can simply make up a story and be believed by many, who’s to say there’s truth to any of the other stories that come out?

There has to be a point if the case is proven to most likely be false that we have to let it go.

Regardless, the Supreme Court is destined to face backlash now from this trial.

A large array of people still believe Dr. Ford’s case and are fighting this nomination.

However, the fact of the matter is that he’s innocent until proven guilty — Kavanaugh has not been proven guilty.

In fact, the investigation into Kavanaugh just disproved Dr. Ford’s case further, due to the findings stated above and numerous others.

In my opinion, there is nothing wrong with Kavanaugh’s nomination for Supreme Court Justice as the facts clearly lean toward a false accusation of sexual assault.