Jamal Khashoggi’s Death Is An Attack on Free Speech 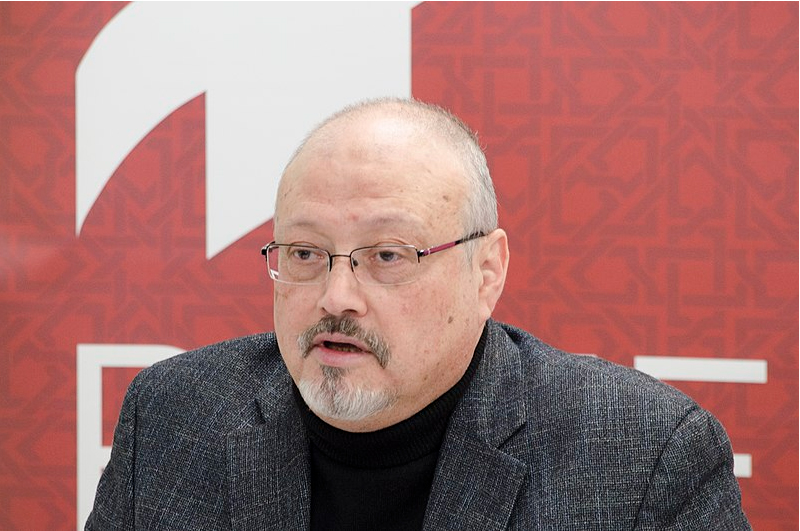 On Oct. 2, Saudi journalist and dissident Jamal Khashoggi entered the Saudi Consulate in Turkey. As reported by The New York Times, he was drugged, killed, beheaded and dismembered, then his body was allegedly disposed of outside the consulate. No exceptions should be given to the Saudi government for this.

Regardless of whether or not Saudi Arabia takes responsibility for this, it was a planned execution of a journalist. President Donald Trump should not be tolerating this type of behavior, considering what he has said in the past about Saudi Arabia, such as saying the country treated “women like  slaves” and wanting to “kill gays.” Unfortunately, this is not the case. Our nation has had a long history as allies with Saudi Arabia. It’s ironic, considering the complete contradiction of values between the two nations.

Our trade deals, as well as the need for a strategic alliance with someone in the region, are the reasons behind this relationship with the nation. It’s a toxic one, but it could be argued as necessary.

Some would also argue that the president’s biggest strength lies within his rhetoric. His “not caring about what others think” attitude is what led him to the position he is currently in. While in some cases he has been consistent with this attitude, the situation with Khashoggi is not an example of that.

Before he was elected to office, Trump’s rhetoric towards Islamic extremism and the government of Saudi Arabia was blunt.

Much of it could be viewed as bigotry. However, there was some truth in what was said. His comments about the Clinton foundation taking money from the Saudi government were true as was confirmed by The New York Times journalists, Amy Chozick and Steve Eder, in 2016.

The fact that Saudi Arabia has treated women, LGBTQ people and pretty much everyone except for royalty and the rich awfully, is true as well. Much has changed since then. Now, Trump would rather suggest that this disappearance was committed by a group of “rogue killers.” He says this instead of pointing to Saudi Arabia’s notorious human rights record.

This apparent execution is an example of this record on display, which leads to the biggest reason why the president’s reaction should anger us all.

The death of Khashoggi is an attack on free speech. He previously was close to Saudi royalty and was unabashed in his criticism of the theocracy.

If the United States is supposed to be the most powerful nation in world and the nation who set the precedent for free speech, then why is our president acting spineless on this issue? What happened to the previously critical rhetoric laid out during the 2016 election cycle? The United States needs to rethink our alliance with one of the most heinous offenders of human rights.

Completely ridding ourselves of our alliance with them may not be the smartest idea, considering the political implications. But we have the technology to make our energy policies less reliant on oil, and the power to stand up for what is right. So why not take advantage of that?