The “Unfiltered” Politician that Won Over Brazil 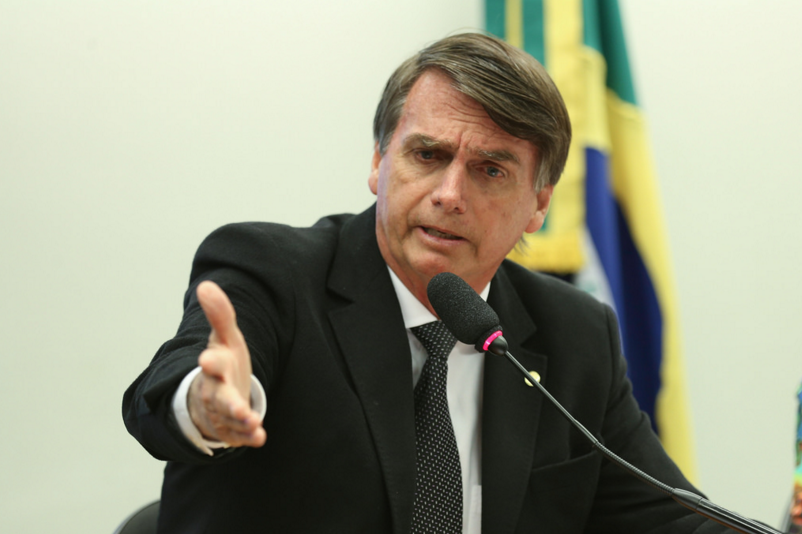 Newly elected President Jair Bolsonaro speaking during his prosecution with the Counsel of Ethics of Brazil.

It would have been inadequate to open this article with an inflammatory Jair Bolsonaro quote. There are too many aimed in several directions. Whether it’s his self-proclaimed homophobic pride or his assertion that some women are simply not worth raping because they are too ugly, the newly elected president of Brazil has quite the track record. Somehow, he won the presidential race against Fernando Haddad with 55 percent of the popular vote.

Bolsonaro, who belongs to a right-wing party called the Social Liberal Party, is one of the most radical candidates to have been elected in Brazil’s history. He is openly racist, misogynistic and homophobic. He speaks blatantly and abruptly to convey fear tactics. He also gives extreme solutions to an audience of despondent Brazilians, all while claiming to be a political outsider. In a country with 14 million unemployed and homicide rates at record highs, it seems that Bolsonaro is popular enough despite his abhorrent biases. As a result, he has been dubbed by many, “the Donald Trump of Brazil.”

Whether the voters agreed with their sentiments wholeheartedly or simply glossed over their deficiencies, they ultimately deemed both Trump and Bolsonaro to be appropriate leaders of two of the world’s largest democracies. When politicians voice common biases and bash opponents unapologetically, compliant voters tend to look past their flaws. This unfiltered approach, combined with the constant manufacturing of echo chambers and the relentless attacks on the media, have allowed voters to laud Bolsonaro and Trump as bastions of change in their respective nations.

Furthermore, both claim to be in favor of conservative Christianity and family values, while implying otherwise. Each candidate likely took those positions to appeal to their target audiences. The promise of a country centered on Christian values is appealing enough to some voters to allow them to dismiss everything else. Meanwhile, Bolsonaro has said that he would rather his son die in an accident than be gay, and Trump openly and frequently disparages people for the amusement of his supporters.

While Bolsonaro is certainly more radical with his speech, that doesn’t negate the fact that Trump’s speeches are frequently peppered with casual bigotry. However, it continues a trend of voters willing to look past a glaring lack of fundamental human decency and tact when it comes to electing leaders.

Voters allow individuals who should not have been considered for public office to have a deep impact on American culture.

Not only do voters enable the leaders; the leaders inspire voters. The fact that white supremacy is alive and well in the United States is incredibly disconcerting. Since Trump’s 2016 campaign, a slew of hate crimes, including the recent synagogue massacre and the fifteen attempted bombings by Cesar Sayoc, have been committed by white supremacists that many believe were directly emboldened by Trump.

Similarly in Brazil, homophobic violence reached a record high in 2017, despite the immense progress made in the past ten years regarding LGBT rights. It’s tragic, but no longer surprising in a country where the president-elect says he would physically beat gay couples who kiss in the street.

It has become increasingly common that when a public figure with a platform and following as large as a president has something negative to say about a group of people, it emboldens those who manifest their hatred violently. Neither Trump nor Bolsonaro have held themselves accountable for spreading hatred and inciting violence. Neither one acknowledges the negative consequences of his words, but in the end, it seems that enough people neglected to care.