There Is No Room for Threats in Politics 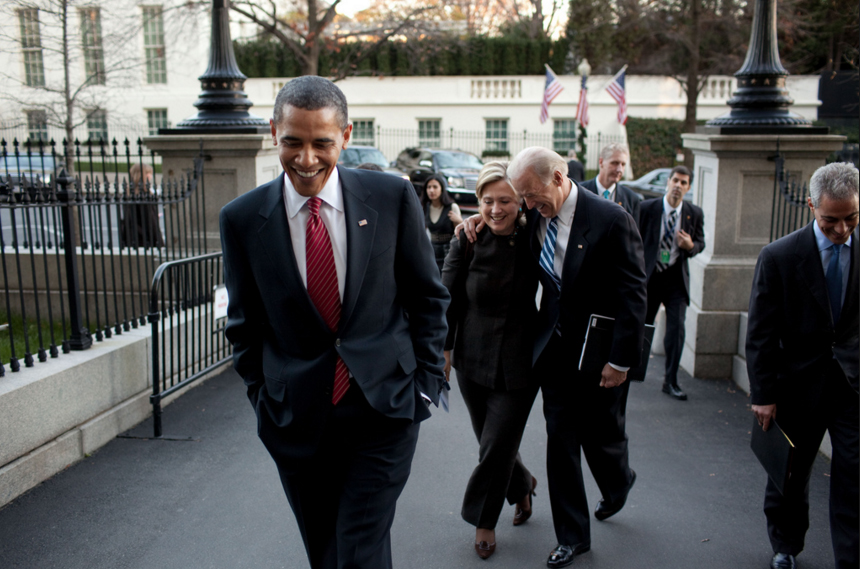 Barack Obama, who was also a recipient of the packages walking to the Eisenhower Executive Office with Hillary Clinton and Joe Biden.

The end of October proved to be very hectic when it came to politics. Several homemade pipe-bombs were sent to various, prominent members of the Democratic Party.

The targeted victims included former Vice President Joe Biden and former U.S. Secretary of State Hillary Clinton.It wasn’t just the members of the Democratic Party that received these packages. John Brennan former Director of CIA had the packages addressed to him, as well as famous actor Robert De Niro and CNN.

When this story first came out, I was honestly nervous because as the packages were repeatedly discovered, another package would be found in a different location.

At that point, I was afraid that these packages would injure or even kill multiple people throughout the United States.

Day by day, new reports of these packages kept appearing until law enforcement finally captured a suspect, who they believe is responsible for these bombs.

Cesar Sayoc, was captured in Plantation, Fla. on Oct. 26.

According to USA Today, when Sayoc was caught, law enforcement searched his van and discovered that he had stickers celebrating President Donald Trump and images of people who had been very vocal against President Trump.

When that piece of information was shared, everything became very clear.

Before his arrest, Sayoc’s coworkers and family said that he was a very quiet person, who wasn’t interested in politics until Trump showed up.

It seems to me that Sayoc took offense to anyone who has  criticized Trump during his presidency.

He felt that sending these dangerous packages would be the best solution for them to stop.

Many people, like Attorney General Jeff Sessions and CIA Director Christopher Wray, have praised law enforcement for handling the situation.

President Trump, however, gave a very hollow and hypocritical response about the situation.

When Vice President Mike Pence tweeted, “these cowardly actions are despicable and have no place in this country,” Trump retweeted and responded with, “I agree wholeheartedly.”

This has got to be the most unacceptable response to a potentially deadly incident, period.

In addition to the tweet, when Trump was in North Carolina for a rally, he called for everyone to come together and unite.

Minutes after he said that, he started attacking the Democrats and the media again, which prompted his supporters to chant “Lock her up” and “CNN sucks.”

I’m at a loss for words. Not only has Trump completely ignored his own message but he seems to continue to speak the same words that potentially inspired Sayoc to carry out his plan.

According to The New York Times, Sayoc has been planning this attack for nearly three months.

He has taken every word that Trump has said to heart and decided to take action against his critics.

In the world that we live in today, anyone can be easily influenced by the people they admire.

If the people you follow villainize their opponents, then they are potentially endangering the world that we are trying to heal.

We have to be careful with our words. if our words are used recklessly, there could be grave consequences.