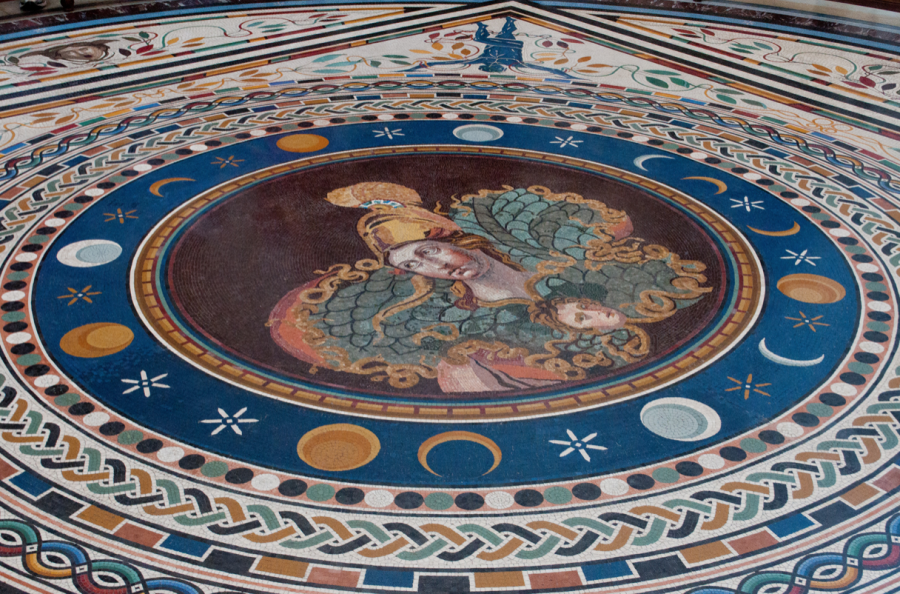 A close snapshot of the floor of the Vatican, showcasing elements of astrology.

Astrology has always been a popular trend amongst today’s youth, and from what I can see, especially amongst social media users.

Due to the lack of self confidence in today’s youth, publications on social media apps, such as on Snapchat’s Discover feature, pry upon these weaknesses to make themselves more marketable.

They use horoscopes to instill various complementary words into their users.

I don’t particularly believe in it, as to me it’s just a bunch of generic words.

But, there is something about astrology that attracts people. Why?

According to Julie Beck, a journalist for popular news magazine The Atlantic, astrology is the study of where the sun, moon and planets up and interact with each other, making up the 12 signs of the zodiac.

The most commonly discussed astrological idea is the zodiac sign, or your sun sign. Based upon your sun sign, a determination can be made about your personality.

Everyday there are multiple posts on social media and media outlets, such as “Vice,” that include daily horoscopes. Seeing this day after day makes me wonder why people buy into astrology.

Putting faith into the universe and hoping that the horoscope reading will give some glimpse into my future is not something that interests me. There is no scientific proof or evidence behind astrology.

“Astrology is not a science; there’s no evidence that one’s zodiac sign actually correlates to personality,” Beck said.

Amanda Hess of The New York Times said that, “It can be disquieting, and maybe a little dangerous, to see otherwise journalistic publications look to pseudoscience for answers.”

The scientific research that has gone into astrology and its reliability is a debate that has been around for ages.

Being told by a random online source whether or not you’ll hit it big with the lottery, or randomly find your “forever person” are just written words to make you feel confident. Needing the validation of strangers online to gain confidence in yourself should say a lot about society today.

We are living in a world where self-esteem is at an all-time low, while stress is at an all-time high. I feel that this creates a need for ‘soft’ entertainment that motivates people to do their best, resulting in the increase in the reliance on astrology.

Due to the sensitive nature of today’s youth, buying into daily horoscopes seems dangerous in today’s culture.

“It risks becoming the free-spirited liberal equivalent of pushing aside facts inconvenient to one’s worldview as ‘fake news.’ But reports of astrological acceptance rising among younger generations might overstate the case,” Hess said.

Whether or not you buy into the idea of  your zodiac sign relating to your personality is not the issue at hand.

I don’t believe it, as there is no evidence whatsoever, but maybe you need to think less about whether you’ll be lucky today and more about why you need some online source to tell you that.