The U.S. Has a Need For Nuance 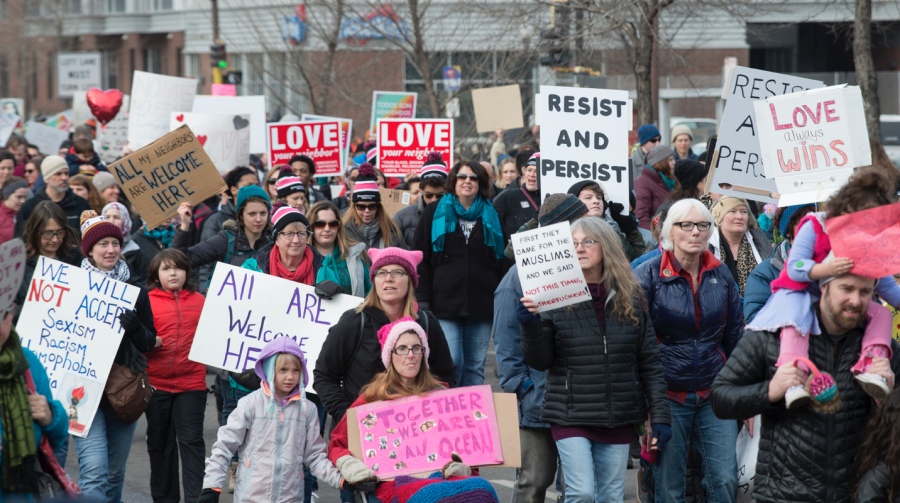 Caravan of Love walking in support of immigrants and refugees in February of 2017.

A caravan with thousands of migrants from the countries of Honduras, Guatemala and El Salvador is on its way to the southern border of the United States, according to the Guardian.

While the efforts of these migrants is admirable, I cannot see a situation where most of them make it to the border. Many have dispersed, heading back to Honduras or accepting temporary work permits from Mexico if they applied for asylum.

Even for the ones that do make it, will they be let into the U.S? If we let them in, where are they going to go? How are we going to take care of them? These are only a few of the questions raised when tackling this issue.

This may be a reaction to the rhetoric of President Donald Trump toward immigrants. I would argue that this situation is in defiance of such rhetoric. Many of these migrants know that they will not be welcomed at the border.

But many do want to enter the United States to escape the turmoil in their native countries, which shows our continued status as a place for new beginnings.  In reaction to this, Trump has decided to make the rules for asylum stricter. He also sent active-duty soldiers to our southern border, referring to the caravan as “an invasion of our country.”

It seems to be an over exaggeration to refer to a few thousand migrants as an “invasion.” The actions of the administration seem more so like Trump is appealing to the fears of many Americans, rather than coming up with a long-term solution to this problem.

The Democrats, however, have failed in providing any legitimate answers to our immigration problems besides open borders. As nice of an idea as that sounds, it fails to provide any nuance to this discussion. It makes the situation seem binary: Either you are with the immigrants or you are against them.

Is supporting open borders caring for these migrants? Possibly. But it seems more like a grand stand rather than actual care. Most Americans view our diversity as a strength, but Trump makes it seem like diversity is our downfall.

I cannot see how any of this administration’s proposed ideas to defend our southern border against this caravan is a good idea. But open borders cannot be the only alternative. Neither the democrats nor the current administration’s solutions take into account the complexities posed with this issue. Why not consider them?