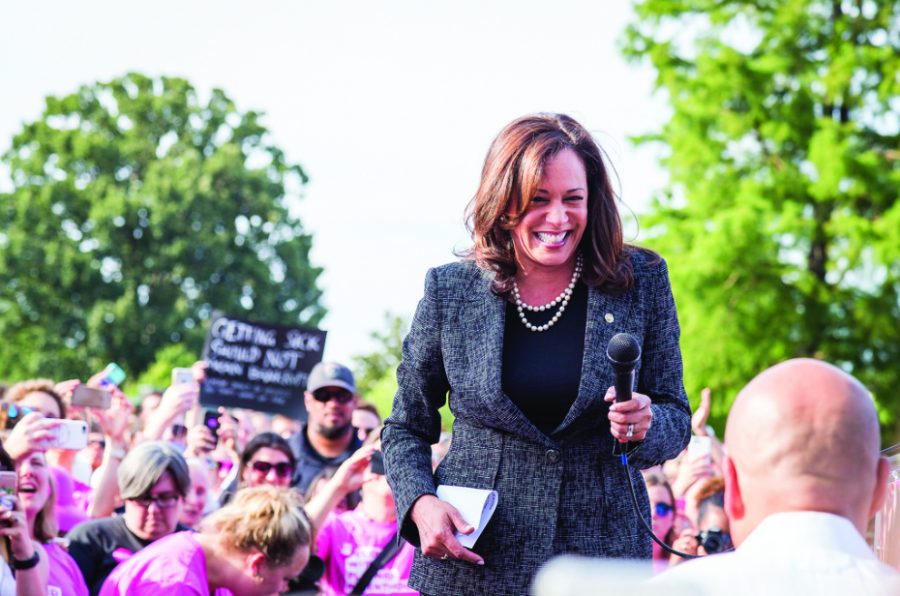 Presidential candidate Kamala Harris at the March to Save our Care rally in June of 2017.

On January 21st, Kamala Harris announced that she will be running for President in 2020. The Democratic Senator of California served as attorney general and, according to NBC News, is the second black woman to serve in the Senate. She has joined a growing list of female candidates, including Senator from Massachusetts Elizabeth Warren, Senator Kirsten Gillibrand of New York, and Representative for Hawaii’s 2nd congressional district, Tulsi Gabbard.

She has a strong background in politics, giving her the necessary experience to effectively lead the country. She is also currently the only black woman running, which could be advantageous in a political landscape that has placed increased emphasis on diversity after decades of sparse minority representation. Harris has already made significant efforts to build support among the black population, starting with announcing her candidacy at her historically black alma mater, Howard University.

Harris has also decided to hold her first campaign event in the black Democratic stronghold of South Carolina instead of New Hampshire or Iowa, where black people make up only 3.8% and 1.6% of the population respectively according to the U.S. Census Bureau. Harris could very well have more success in reaching black voters than Hillary Clinton did in 2016 as she struggled to gain black support in key states. Moreover, Harris’ platform is exceedingly liberal. According to “PBS News,” she is pro-choice and supports DACA as well as universal healthcare. Harris strikes a balance between being an experienced politician and taking progressive, forward-thinking stances, which can resonate with a large range of voters.

Admittedly though, Harris has a chink in her armor. As attorney general, she did not fully embrace justice reform initiatives, such as requiring independent investigations of police shootings, and often doled out questionably harsh sentences. In a New York Times op-ed, University of San Francisco law professor Lara Bazelon argues that many of Harris’ decisions as a prosecutor disproportionately harmed members of marginalized groups. As a result, some have written Harris off as a non-progressive candidate.

I acknowledge that Harris has missed opportunities to fight injustice during her career. But there will never be a flawless candidate, and it is unlikely that this will ruin her campaign. A mid-December Quinnipiac University poll shows that over 40 percent of Democrats view Harris favorably while only four percent view her unfavorably. Although it is still early, Harris will be a formidable candidate during this crucial election season. I will be rooting for her to shatter the highest glass ceiling.