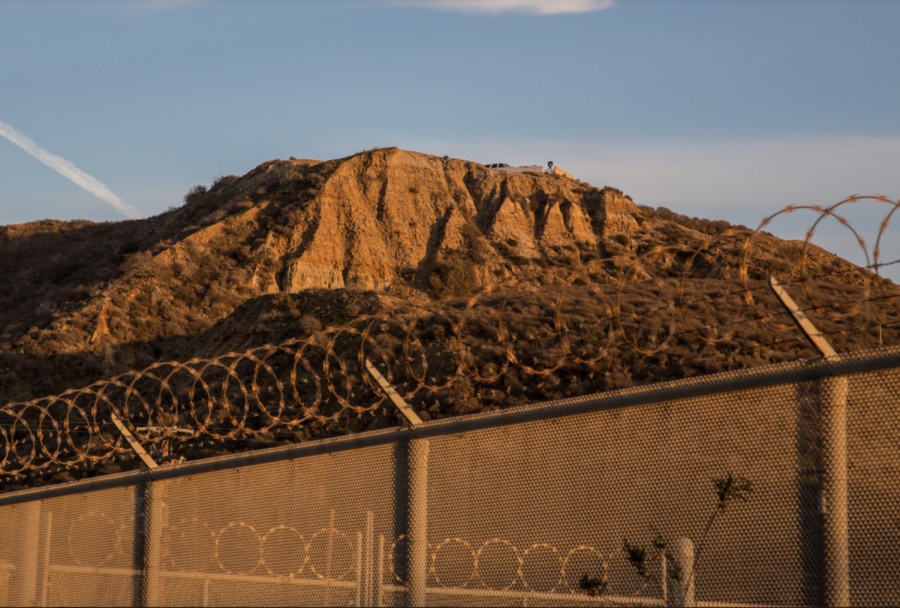 A caption of the barrier between Mexico and the United States in San Diego, California

On Friday, Feb. 15, President Donald Trump signed a spending bill to keep the government open but declared a national emergency. This national emergency may work in Trump’s eyes but it will not work for the future of America. I believe that President Trump can take out billions of dollars from federal programs to have his wall funded, but those loans will lead to debt. For the last two months, Trump has been fighting for a deal in which Congress would fund the construction of the wall completely. The result ended in Democrats declining the deal, leaving President Trump with no choice but to shut down the government. After the shutdown, President Trump reopened the government and gave Congress three weeks before he would use executive action. The wall has been, and still is, a campaign promise by President Trump since he first mentioned it in 2016 at an Arizona rally. His reason for the wall is to eliminate the entry of drug cartels and undocumented immigrants, promising that it would be paid for by the Mexican government. Trump’s promise fueled tensions between the Mexican and American governments. Then Mexican President Enrique Peña Nieto said his country would never pay for the wall and Nieto’s successor, President Andrés Manuel López Obrador, also condemns the wall.

I do not blame them, because I too see “Trump’s wall” as a sign of hate. With Mexico being fully uncooperative in the wall situation, Trump has no choice but to turn to Congress. He wasted two years because he was too confident in Mexico paying for the wall. After he and Congress didn’t agree on a deal for federal spending on the wall, Trump shut down the government for an unprecedented 35 days; a move that hurt millions of federal workers financially throughout the country.

This timeline of events shows why I say this executive action will never work. My question is, why would Congress pay billions of dollars for a wall when we know the same results would continue to happen? The results being undocumented immigrants climbing over and crawling under the wall if they so choose. Mexico could even demolish the wall as a message to Trump.

Funding the wall would be a waste of money. Trump is taking funds from other federal programs but this does not solve the problem of making the wall. The more funds Trump removes, the more debt can come to those federal programs. Congress should put a halt to the project because of the cost alone. Why have debt for a wall that will make no difference in the world?