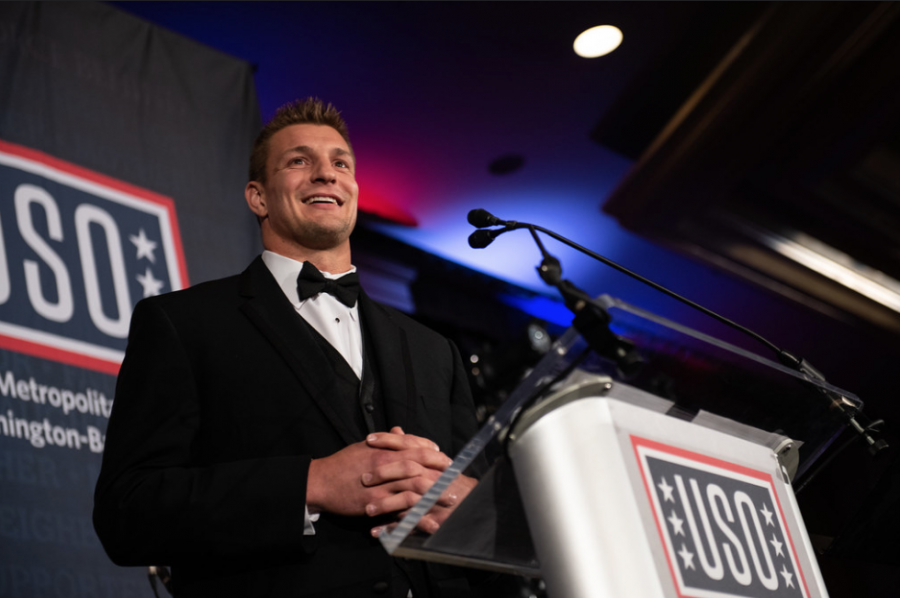 Rob Gronkowski, a key player on the New England Patriots whose absence will be felt.

Robert Gronkowski — New England Patriots tight end — announced his retirement this past Sunday via an Instagram post. As an avid Patriots fan hailing from Boston, this news was quite upsetting for me. In spite of my personal disappointment, I believe this is the best decision for him. He has retired at 29 without any serious injuries, although the few he had during his time playing could still affect him later on. He has his whole life ahead of him with his nine years on the Patriots and three Super Bowl wins to always look back on. Reminiscing on the moments we needed him most makes me realize all that we will be missing in the upcoming seasons.

Now, I am not saying that he was the reason for the Patriots’ victories, but he did play a huge role during those times when we really needed an extra push. Even in the most recent Super Bowl game, the Patriots would find themselves in third and longs. With the Super Bowl on the line, Patriots fans would know they needed a first down. downs with just about ten yards to go. Before we knew it, Tom Brady’s pass would be completed to Gronk, and we had the first down!

According to Pro Football Focus, there hasn’t been a better quarterback-to-receiver duo when it comes to passer rating since 2006 —  Brady and Gronk showed success with a stunning 129.6 passer rating. Not only do his statistics show how much of an impact he had on the team, but so did his humor. He even said it himself that Bill Belichick drafted “his silliness” in 2010. Everyone knows him for his light-hearted personality, and this will be missed at Gillette Stadium. New Englanders are particularly affected by Gronkowski’s retirement – his cardboard cutouts welcome them when they walk into their local Dunkin’ Donuts. However, it is evident that even those who root against the Patriots will miss watching him just as much as fans will. He is  simply likeable, and the Patriots surely will not be the same without him. Gronkowski will forever be the face of the number 87, and he will forever be known to us Patriots fans as the tight end who did it best. He will go down as possibly the greatest tight end the NFL has ever seen, and we will definitely see him as a future hall-of-famer.