The Subtle Power of Pete Buttigieg 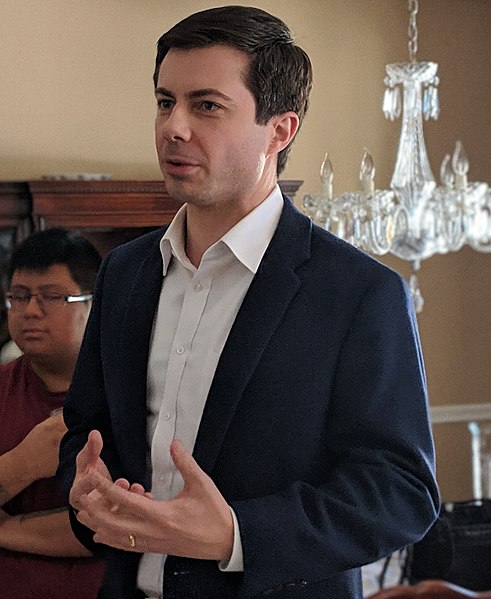 Pete Buttigieg, mayor of South Bend, Indiana, recently announced his candidacy for the Democratic primary nomination. The field is becoming progressively more crowded, and Buttigieg is not yet a household name like Joe Biden or Elizabeth Warren. Serving as the mayor of a nondescript Midwestern city does not quite carry the same weight as being the former vice president of the United States or the senator of Massachusetts.

But as an Afghanistan War veteran and Rhodes scholar, Buttigieg is a subtle, powerful force. A series of well-received TV appearances culminated in his surprisingly well-attended debut campaign event in South Carolina last weekend. This boost in visibility has paid off: A recent Iowa poll showed Buttigieg’s launch to third place in the race, behind only Bernie Sanders and Joe Biden.

In a party facing increased pressure to move left, the 37-year-old’s policies hold up as genuinely progressive, true to his millennial label.

Buttigieg supports DACA and the gradual implementation of a single-payer healthcare system. Beyond the standard policy issues, he has called for measures as radical as expanding the Supreme Court and eliminating the Electoral College.

Buttigieg stands out as being from a true Republican stronghold, and he wants to win over the voters that others have written off as a lost cause. As a result, he is immune to portrayals as an out-of-touch politician ignorant to affairs outside of major coastal cities.

Buttigieg is a white man from the Rust Belt, which are not characteristics that would usually grant someone the “diverse” label, but in 2015, he came out as gay to his constituents through an article in the South Bend Tribune. Buttigieg’s raw honesty is refreshing and turns the “lying politician” stereotype on its head.

The fact that Buttigieg is a married, Christian veteran from a conservative state while being openly gay is incredibly subversive and challenges the preconceived notions of many across the country.

Personally, I could never have imagined an openly gay candidate running for president a few years ago; the issue was simply too controversial. I see Buttigieg as a living sign of profound societal progress.

Despite Buttigieg’s recent spike in popularity, he is undoubtedly the underdog in this race.

At the same time, I can see his youth and progressive qualities appealing to young voters who must make some hard decisions during the primaries. I can also see Buttigieg’s pragmatic approach to the implementation of progressive ideas mitigating the criticism that these policies are impractical. Time will tell if the mayor of an Indiana city can withstand a race against the likes of Joe Biden – the prospect may not be as outlandish as it seems.