The Supermajority is Taking America By Storm 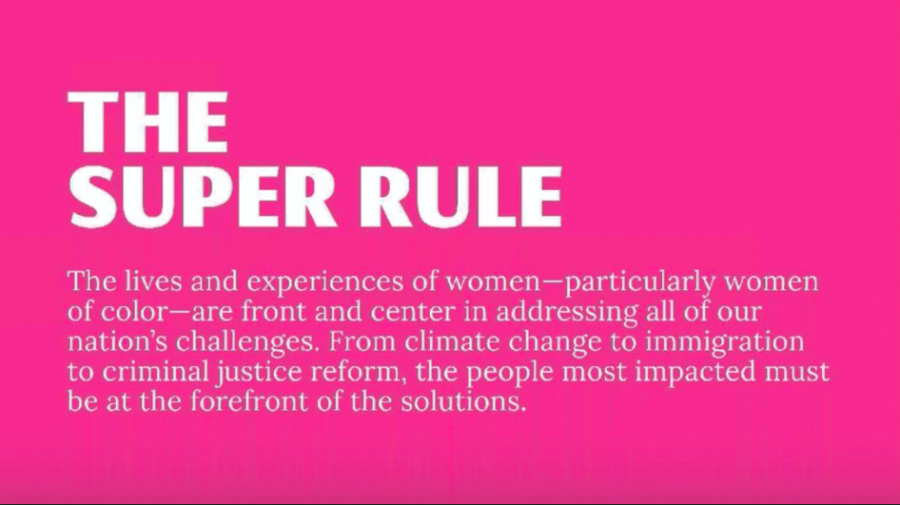 It has been long understood that if we want to build a brighter future, we must invest as much as we can into women and girls. When women and girls are given opportunities to grow and attain an education, countries can expect to see increases in economic growth, longer life spans in children and mothers, healthier and better-educated children and an increase in women’s political leadership. This is the reasoning behind the Supermajority Education Fund, an initiative that is dedicated to research and education about women’s power, awareness, visibility and civic participation to advance the goal of women’s equity.

The organization describes itself as “an intersectional, intergenerational movement of women that is going to drive the change we deserve. For good.” Launched in April 2019 by Cecile Richards, former president of Planned Parenthood Federation of America, Alicia Garza, co-founder of the Black Lives Matter Global Network and Ai-jen Poo, executive director of the National Domestic Workers Alliance, Supermajority and the Supermajority Education Fund aims to activate the power of all women, regardless of their socioeconomic, religious or ethnic backgrounds.

In September 2019, the Supermajority started its Supermajority Education Fund bus tour, where they traveled to 14 states and Washington D.C to interact with women from across the country to talk about women’s empowerment and exactly what it should look like moving forward. During the tour, the organization announced Majority Rules, which is a collection of values that women would like to see reflected in their lives — from their households to their workplaces. These values are informed by tens of thousands of women who engaged in discussions with the organization, both digitally and in person.

Throughout the tour, Supermajority hosted several Democratic presidential candidates at stops where women got the chance to speak to the candidates about the issues affecting their lives. The movement aimed to give women, who make up 51 percent of America’s population, the chance to be heard and the ability to gain more political power.

The Supermajority bus tour ends on Oct. 2, in Las Vegas, Nevada. All events were live-streamed, and women who join the discussions online will have the ability to interact with the candidates and ask questions.

The Supermajority is attempting to connect women in a way that has not been done before, by facilitating conversations about what women — real women with real lives — want to see in the world moving forward, as well as ideas on how to remedy the problems and inequalities that we face every day. As women, we all have a very unique experience when it comes to navigating the world; however, the experiences of marginalized women make way for an entirely different conversation. The Supermajority is giving women of all backgrounds the power of a strong unified voice and a platform to voice the concerns that matter the most to them. As a woman, I believe that Supermajority’s work can benefit millions of women across America and change their lives by allowing them to use their voices and come together to effect real change.  This is transformative because when women are allowed to thrive, we benefit society as a whole and pave the way for stronger, more powerful, more resilient women and societies. The Supermajority is the ideal platform because it is accessible to all women across America. When women come together, magical things happen, and the Supermajority is trying to bring women together so that they can use this magic to change the world.