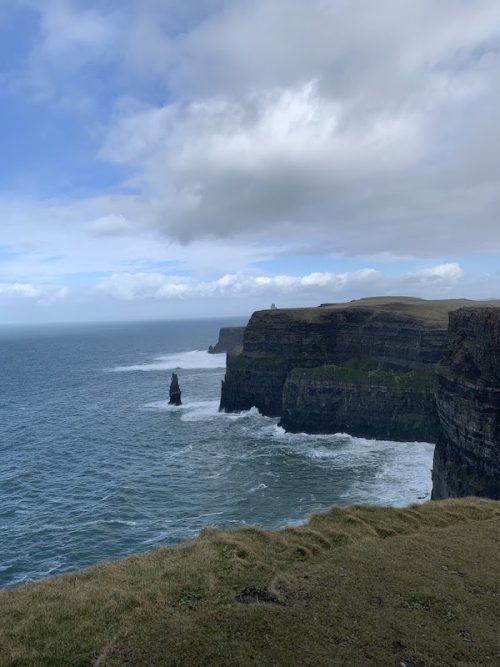 Having been stuck at home for the past month, I have had some time to reflect on the pandemic sweeping the world and to acknowledge how living through the virus is different from place to place. Prior to being sent home, I was studying abroad through the Discover the World Program (now called Western European Semester).

When this virus first started spreading around Europe, it didn’t seem alarming at all. Sure, some people wore masks in the airports and there were a few cases here and there, but nothing like what was happening in China at the time.

There was little concern in Italy, where I spent my first five weeks in the program — until there were two confirmed cases in Rome at the end of January. I was in Barcelona when these cases were announced, but I still felt little worry because the COVID-19 threat didn’t seem like a real problem in Europe. Sure the Fiumicino airport, where I had been flying out of, began taking a few extra precautions by taking people’s temperatures as they exited the planes and halting flights to and from China, but there was still no lessened flow of people coming in and out of the country. Even when I went down to Sicily for the weekend they didn’t take people’s temperatures; in my experience, this was only done in the two Rome airports.

I left Rome to continue my semester in Limerick, Ireland, less than a week before the outbreak of COVID-19 in Northern Italy. I was shocked that Italy experienced a spike like this out of nowhere. It wasn’t until this moment that I began following the progression of the virus more closely, and even then I paid the most attention to the happenings in Europe. I barely knew what was occurring back home. Knowing what was happening in Europe and in the places I was taking weekend trips to was significantly important and the only updates I was receiving on the situation back home were from my family.

After the St. John’s students in Rome were sent home, I quickly learned how fast things changed regarding  COVID-19. One day we were being told they had no information on our situations, the next day it was that we might be staying in Limerick for the remainder of the program; the next day was that we might be put on travel restriction — every day was something new. My friends and I were standing outside of Buckingham Palace watching the changing of the guards when we got the email stating that we were being sent home in 1-2 days. Within the span of a week, we went from the University trying to figure out how to keep us abroad to them turning around and sending us home with little to no notice. Some people literally received less than 24-hours notice that they had a flight home.

As we headed home, the lack of care about the impending pandemic from those at the airport frightened me. Apart from myself and the other students from St. John’s, next to no one was wearing gloves or masks on a flight heading to New York, which had just issued a state of emergency. Customs questioned a few people, but barely gave others (like me) a second look. They simply took my passport, stamped it and sent me on my way to enter the U.S.

Watching how the many places I lived in and traveled to during my time in Europe handled this impending pandemic leaves me unsurprised about how quickly things escalated, especially in the U.S. There was no concern for if people entering the country had COVID-19. It was simply, “Welcome to our state of emergency, enjoy your stay.” Perhaps if we had taken a few more precautions from the start we wouldn’t all be sitting here, stuck in our homes, bored out of our minds.

At the moment, it seemed crazy to take some of the precautions people were taking. When they sent us home I didn’t understand why we couldn’t stay until the end of our Limerick rotation, yet looking back I know it was the right call. Living abroad at the start of a pandemic is not something I will soon forget.