Predicting the Future: Suspension of Housing Selection Alludes to Decision of Fall 2020 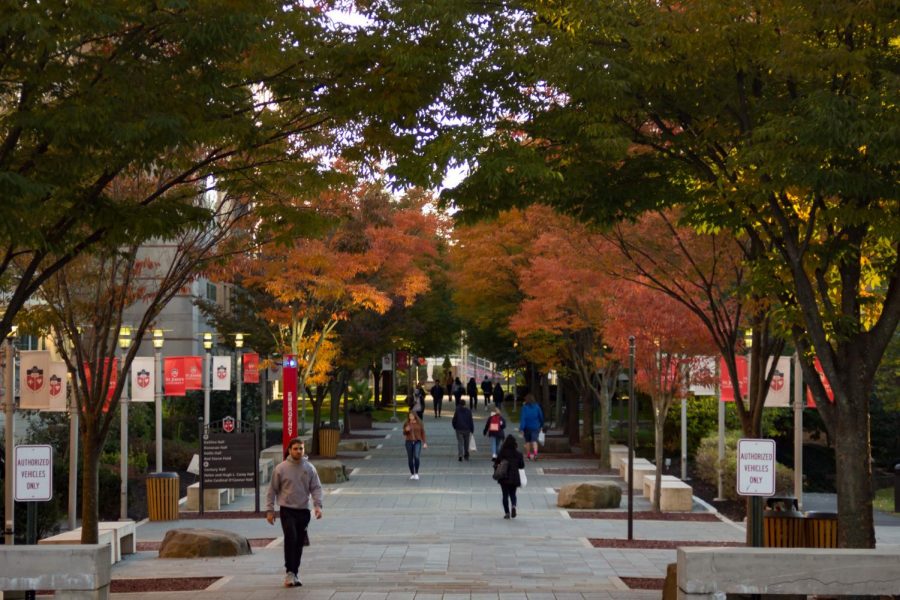 It is hard to believe that just a couple months ago we were all returning from spring break, excited to see our friends again and preparing to finish out the year. Whether this was your first year at St. John’s or your last, chances are you lived or have stayed the night in campus housing at least once. This was my first year at St. John’s, and I was living on campus — I am from Tennessee, so housing is quite necessary. When housing selection information for Fall 2020 rolled around I made sure to pay early and have everything submitted so that I would receive a good selection time. But of course, due to COVID-19, housing selection has been put on hold, leaving students to wonder if and when they’ll see campus again.

Of course, there is nothing glamorous about living on campus. You have what you need: a desk, closet, bathroom and a twin bed. No one is in a rush to be in a dorm room again, but I find myself craving my twin bed in Donovan Hall now more than ever. I was thrown off guard when St. John’s first sent out the email announcing the suspension of the housing selection until further notice; however, I was not surprised since the date was already changed more than once. But it made me quite uneasy. Personally, I was ready to know where I would be in the fall and whether or not I could room with my friends. I prepared my first choice of where I wanted to live along with a back up plan as well — after all, it is my home for nine out of the 12 months in a year. But why the housing selection was pushed back is still unclear to me.

As is the case with most emails students have received from the University since being sent home in March, the explanation for and responses to this delay have been quite vague. Students have been left in the dark and are only given the bare minimum amount of information regarding the future. An email from the Office of Residence Life thanking me for my patience and stating that “the governor of New York has announced May 15 as the next benchmark for deciding what businesses and services may resume operations and under what conditions. As the University thoughtfully prepares for the fall semester, the Office of Residence Life will suspend the Housing Selection process originally rescheduled from Thursday, April 23 through Friday, May 1, 2020. We will integrate the city and state guidelines into our plans as they are released. Updates regarding Housing Selection appointments will be communicated the week of May 18, 2020,” is not enough. Nothing in that email tells me why housing is really being delayed.

Why is the University beating around the bush? To avoid conflict? To avoid questions? As students, we are not being told the whole truth and at this point, I think everyone just wants a straight, honest answer. I think the University has “delayed” housing because they have no idea what they are doing yet and don’t want to admit that or because we will not be returning to campus in the fall. Let’s be honest, students selecting their housing for the fall does not mean they are moving in a week later. We are simply going through the process of selecting where and with whom we want to live. If we were not to return in the fall then the University would simply refund the deposit and not charge students for housing or meal plans.

Based on this, I believe that the University either knows we won’t be back in the fall and are waiting to tell the student body, or they have no idea what they are doing. If it is the latter, they could at least inform students of the possibilities for the future. Maybe they want to make the decision in July to see how case numbers fluctuate. Maybe they want to reduce housing and are still trying to figure out what that would look like for students. Either way, students need to be given some real answers and explanations. Vague answers do not cut it anymore.

As of right now, I find it very unlikely that we will be returning in the fall. New York and its hospitals are experiencing the worst numbers in terms of the pandemic compared to other parts of the country. Although another spike during the fall is already  expected, I am remaining hopeful.

I would love to return to campus, rejoin my friends and start my new classes, face to face. I hope the University considers the students who live far away and must plan ahead  in order to get back to campus. A last minute decision is not ideal for me, especially considering that buying a plane ticket in advance usually results in cheaper fairs. I also hope that we receive some real, honest answers soon that don’t leave students even more confused than before or wanting more altogether. Unfortunately, resident students, including myself, still have no answers as to  when we will be able to collect our remaining items from our rooms either, so it is hard to believe that positive answers may be on their way. For now, I wait for May 18 and future emails from the University while I circle through the same items I brought home in March, wondering what state I will be in come September.