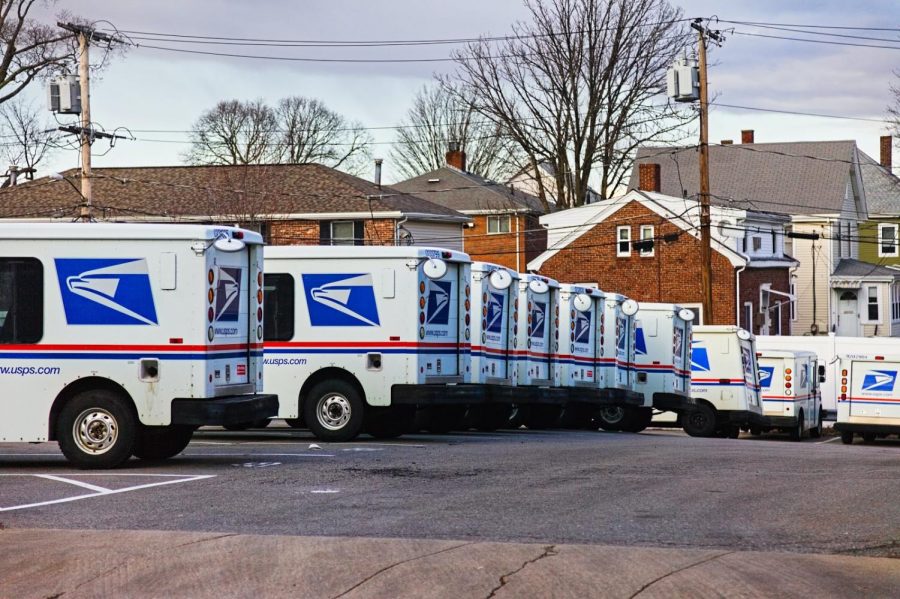 The defunding of the United States Postal Service should not be a political debate. It really should not be a debate at all. Our mailing system needs funding. Due to the upcoming election, what would have been a normal budget proposal has instead become an argument. Why? Because our President is afraid to lose his power. Regardless if people see this or not, each side will find a way to justify the matter positively. Let me preface, both Democrats and Republicans have faults. Everything one side does is inherently wrong to the other. For the sake of my opinion on the defunding of the USPS, my political stance does not matter. I am simply concerned for those who will be affected and the possibility of our constitutional  right to vote being taken away.

“Trump has criticized mail-in voting for months, baselessly asserting that it will lead to voter fraud. There is not widespread voter fraud in US elections, and nonpartisan experts say neither party automatically benefits when states expand access to mail-in voting,” CNN reported in an article this month.

Let us take a step back and see the real issues in the USPS not receiving the $25 billion in funding.

There are several insurance companies who offer home delivery for medication refills for patients. My insurance is one of them. People who receive their medication in the mail will be extremely affected by this, as well as those who are immunocompromised and have taken extra precautions during the pandemic — including when and how they receive their medication. People who are insulin-dependent could have the same issues. Lives are at stake.

While many people pay their bills online or have automatic payments set up, there are still people who receive their bills via mail. If the postal system is defunded, a chain reaction begins. Bills arrive late, the person paying the bills is then penalized for being late, that person then has to pay even more money for a bill that never came. Finances are at stake.

The issue with USPS and its funding did not start that long ago, yet mail has already slowed down.

Currently, mailin ballot votes are the main concern, which will affect any American who decides to vote this way. I  applied for an absentee ballot when I thought I would be returning to New York for the fall instead of staying in Tennessee. I applied well in advance and, to this day, still have not received the ballot. The due dates for absentee ballots are different than those for regular and early voting. It is pure luck that I will now be home to vote in person, but many people are facing this issue. Whether their ballot got lost in the mail, was sent to the wrong place or was just never sent to begin with, their options for voting are now limited. Being able to vote is a right. We all deserve and have the civic duty and responsibility to vote. People’s basic rights are at stake.

The USPS refuted Trump’s statement when he claimed they “would not have the ability to handle the increase in mail-in votes that will be sent in this year due to the coronavirus pandemic,” CNN reported.

“The Postal Service has ample capacity to adjust our nationwide processing and delivery network to meet projected Election and Political Mail volume, including any additional volume that may result as a response to the Covid-19 pandemic,” the article continued.

A pandemic justifies the increase in mail-in ballots. Just because our leaders have yet to mandate quarantine and wearing masks, does not mean the whole American population is throwing caution to the wind. Some are taking the correct precautions during this still very present pandemic. We, as Americans, have the right to send in our vote by mail and protect the health of ourselves and others.

Trump’s denial to fund the USPS is voter suppression. Our freedom and what we stand for has become so distorted over the past four years, both parties included. Americans have completely lost their identities. Our political system is broken down the middle with no room for error. The USPS is an important system that does not deserve penalization for political gain. The outcome of defunding is so much more than just hoarding the ballots. It is the sign of our government failing.