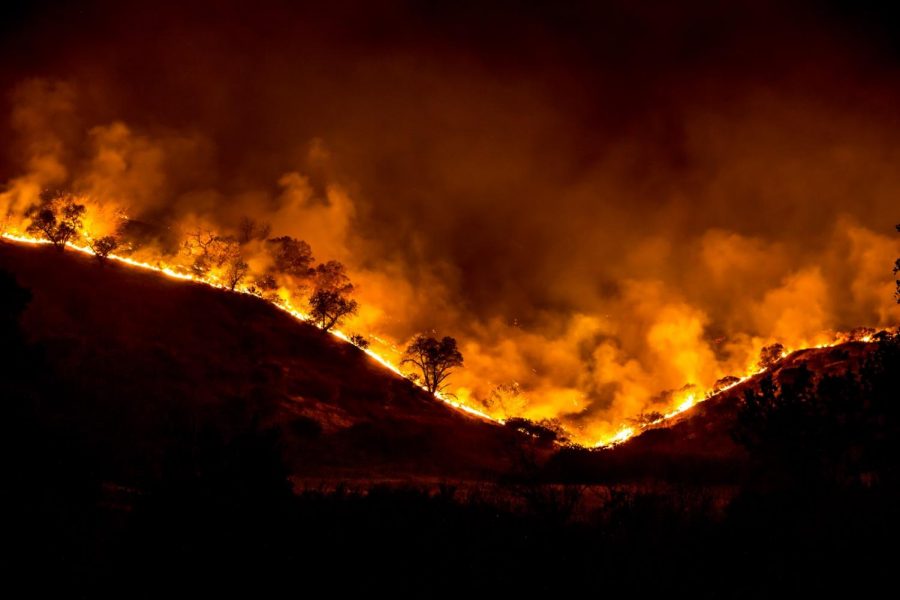 If I told you that we were going to build farms, suburbs and cities between the Pacific Ocean and the desert, all along a slim strip of habitable land, you would probably question my rationale. However, this is the situation in much of southern California.

There was a time before the extended droughts where such an arrangement seemed possible. There was a time before the local population exploded, when the only problem with water was how to get rid of it. That time is over. Now humanity pushes deeper into the chaparral, forest and desert. Now, there seems to be a drought every year in California, followed by devastating, unprecedented wildfires.

Much of the blame for the increased frequency and magnitude of these fires has rightly been put on climate change, but there is another culprit: California’s capital city, Sacramento. The state government of California has spent decades misappropriating state funds and passing inflexible environmental policies that have only served to create perfect conditions for wildfires.

I’m sure Sacramento is well-intentioned in its passing of stringent environmental regulation and overly ambitious projects. If we were to judge Sacramento on the nobility of her intentions, then I am sure that they would pass our scrutiny. But I see no reason to afford those in the public trust with a luxury we seldom receive. Truth be told, policies designed to protect endangered species and improve air quality cost local communities when they try to manage their forests. Some communities spend 15% of the grants they receive from the federal and state government to navigate through the red tape. Techniques like controlled burns and selective logging have to go through a slow-moving bureaucracy. Then, there is paralysis at all levels of California’s state government to begin constructing urgently needed water capture infrastructure. This is technology that is designed to recharge aquifers, fill reservoirs and direct water to where it is needed. Instead, California is left with 20th century infrastructure designed to funnel trillions of gallons of water to the ocean. All the while, California has wasted billions of dollars on a monorail to nowhere.

Californians deserve better than this. The answer to preventing forest fires isn’t to strip back every environmental regulation or spend every infrastructure dollar on water capture technology. The remedy is to remove the excess (over-regulation) and correct the deficiency (spending priorities). Adopt a policy of localism or subsidiarity that both empowers and incentivizes communities and their residents to be good stewards. Give communities the latitude they need to adequately maintain forests. Promote the development of water capture technology to capture some of the trillions of gallons of runoff that flows west of the continental divide. I want to save the salamanders too; I just don’t like my salamanders grilled over redwoods.