Donald Trump lied about COVID-19 – why are we surprised? 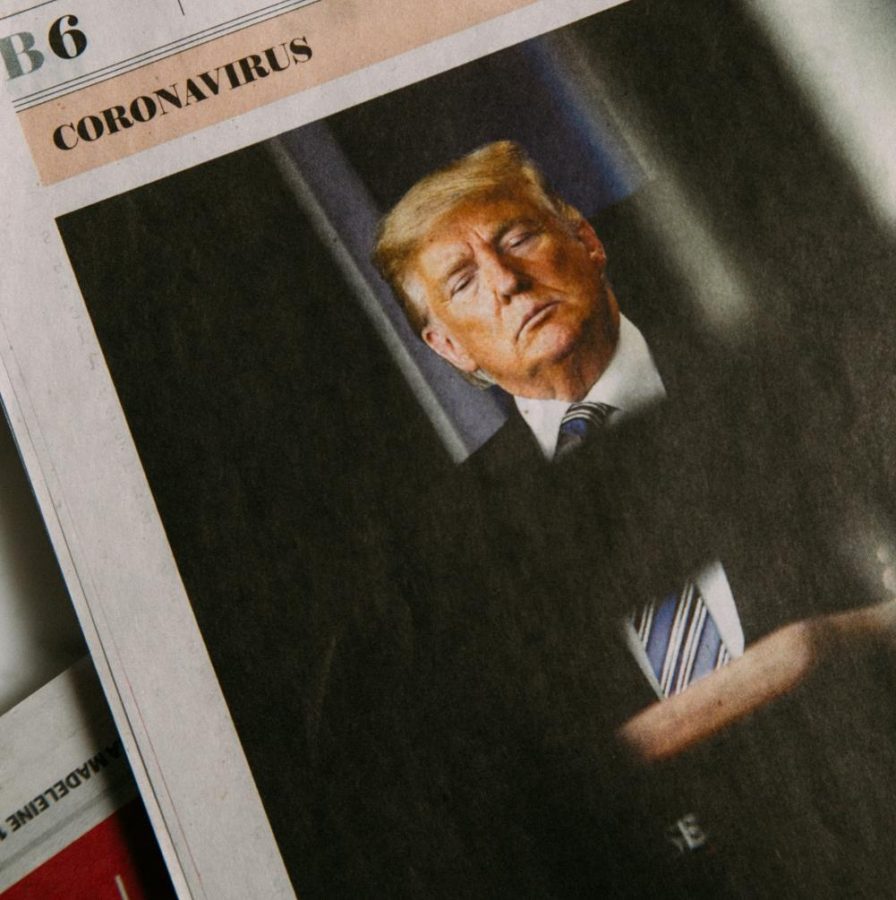 Bob Woodward, investigative journalist for the Washington Post, released tapes earlier this month from an interview with Donald Trump that prove Trump directly lied about the severity of COVID-19. There is no way to argue against that. After confiding in Woodward on Feb. 7 that the virus was “more deadly than even your strenuous flu” and that “this is deadly stuff,” Trump then went four days later to a campaign rally and said that COVID-19 “miraculously goes away.”

According to the Washington Post, Trump reached a total of 20,000 lies told to the American people on July 9 of this year. It seems absurd to consider that, in less than one term as president, any individual could reach such an incredulous amount. However, when recalling the claims he repeats the most, it is not as inconceivable as you would believe.

What enters the forefront of my mind when considering Trump’s favorite soapbox topics is the infamous wall along the Mexican border — infamous exclusively in discussion, as only three miles of this supposed guard against illegal immigrants has been built.

If we judge favoritism by repetition, we can say that Trump’s favorite lie is the claim that the current state of the U.S. economy is the best in its history. According to the Washington Post, as of July 13, Trump had made this claim 360 times. While the economy before the pandemic was certainly better than it has been in recent years, it is certainly not the best in American history.

So what is so important about the tapes? To me, it is that he disclosed this information to Woodward at all. What does he gain out of telling Bob Woodward that he is a liar? Why is he calling Woodward to say how he is about to, as the President of the United States, lie to the people he is meant to serve? That is the true question generated from these tapes, and the answers are few and far between — and a little frightening.

It is possible that Trump simply does not care about public opinion on his lies because he has gotten away with so many. Some would say he was not intelligent enough to realize he should not be disclosing this information to one of the most renowned journalists in modern history. I would disagree with this; I believe that his lies are intelligent ploys to distract people from real issues.

The most logical reasoning to me about Trump disclosing this information is that he does not fear losing his supporters and has a firm belief that he is right about everything he does. Maybe he felt he could persuade Bob Woodward to see things from his perspective and that he would potentially agree with him.

Regardless, it should not be shocking that Trump downplayed COVID-19. Every credible scientist in the world was saying how bad the virus was, yet Trump was claiming every single one of them was a liar — and people believed him. The question generated from Woodward’s tapes is: Why is Trump able to get away with  tens of thousands of lies with a slap on the wrist, and what does that mean for the future of the United States?