Broadway: Left in the dark a little longer 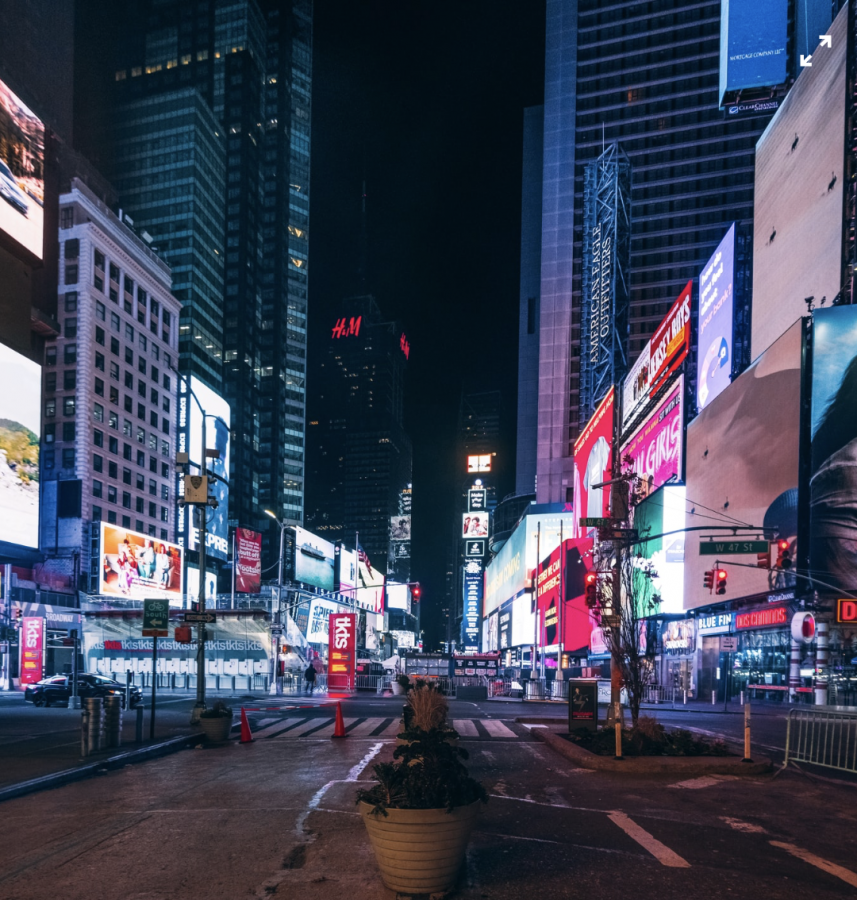 In an official press release from The Broadway League on Friday, Oct. 9, it was announced that Broadway would be staying dark until at least May 30, 2021 — the news was heartbreaking. As a huge Broadway fan who sees a multitude of shows every year, I am heartbroken over Broadway staying closed through half of next year. Granted, I do understand the decision and believe it is the right call to help prevent the further spread of COVID-19.

The extended closure of Broadway is deeply upsetting for fans like myself, but on a more important note, this closure is keeping thousands of people out of work. We often forget that Broadway is not just something for us, as spectators, to enjoy; it is also many people’s livelihoods, something that puts food on their tables and a roof over their head — how are these people meant to do that now? It is clear that theaters should not be open at the moment, as each show could be a superspreader event but something has to be done to help the thousands of people out of work in this industry.

The extended shutdown of Broadway also guarantees that New York City and Times Square itself will not be as lively as it once was for a while. While everyone  knows that COVID-19 protocols will be in place for the foreseeable future, many hoped for the city’s return to its busy, packed default sooner rather than later. Broadway staying in the dark until June guarantees that the city will not return to normal for a long time. Broadway is the heart of Times Square but with Broadway remaining closed for the next eight months, the thousands of people that came from all over the world on a daily basis just to see a show will continue to stay away from the city — and for a good reason.

Seeing eerie photos of a once packed Times Square now empty brings me sadness — and this is coming from someone who hates Times Square. I hate the tourists stopping in the middle of the sidewalks to take a picture and the massive crowds of people, but I would gladly endure this to be able to walk back through the city and go sit in a theater to witness a masterpiece on the stage.

The prolonged closure of Broadway is just another assurance that this virus is not going anywhere any time soon and that our lives are not going back to normal any time soon. It is a sad truth, but one that we must face. As we sit and reflect on how sad it is to see Broadway theaters kept in the dark for another eight months, let’s use this time to do our part to help stop the spread of COVID-19 — the quicker we stop this virus, the quicker we’ll be back to normal and sitting down to enjoy the magic of live theater.