COVID-19 causes the scariest Halloween yet 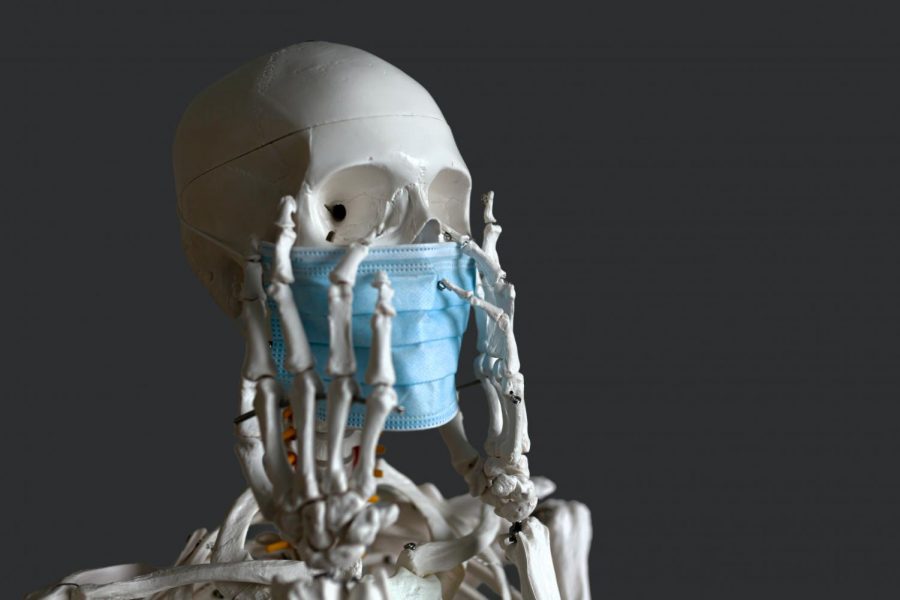 Halloween is the most exciting time of the year for many. Who doesn’t enjoy dressing up as their favorite characters for the day, walking around the streets of neighborhoods getting your favorite candy with your friends or going to a Halloween-themed party? Whether you celebrate with a small gathering with your closest friends or go all out for the festivities, mostly everyone who celebrates Halloween does so joyfully. However, this year, the celebrations had to change drastically in light of the ongoing coronavirus pandemic.

As the end of October drew closer, millions of Americans debated  whether to celebrate Halloween this year — the result was a highly modified festivity. The most notable change was seen in childrens’ favorite Halloween activity, trick-or-treating. In New York City, Mayor Bill de Blasio allowed the popular quest for sweets, although he stressed for it to be done outdoors. Some towns in New Jersey however, banned trick-or-treating, even when state officials allowed it. Furthermore, while parties and other large gatherings were not completely outlawed, they were highly discouraged. De Blasio said that gatherings in which people are not following COVID-19 guidelines of social distancing and wearing face masks will be broken up if officials become aware of them.

As Halloween has come and gone, we are left to analyze if people did their part and responsibly celebrated the spooky day. In Florida, where I am currently located, I saw many people clubbing through pictures and videos posted on social media. Although it is not surprising to see this behavior in such a carefree state as Florida, where COVID-19 cases are increasing by thousands per day, it is disappointing. The fact that months after the initial lockdown started in March, people are still deciding to ignore the pandemic and engage in such unsafe behavior is not only irresponsible, but also ignorant at this point. I hope that their decisions do not negatively affect the rest of the country, although we already know this to be false.

Social media posts by friends in New York showed that some people safely gathered with a small number of friends at home and made the most out of the altered day. Movie nights and Halloween-themed Zoom parties were part of many people’s plans. In contrast, deputy sheriffs did shut down an illegal party at a warehouse in Brooklyn that had almost 400 people in attendance, USA Today reported.

In more positive news, I was pleased to see a small trick-or-treating turnout this year. It is heartbreaking not to see the joy of hundreds of kid’s faces as they get their favorite candy, but it is comforting that families understand that drastic measures have to be taken in these trying times.

Whether you stayed at home or went out with friends, it is safe to say that this Halloween was one for the books. This Oct. 31, a controversial spectrum of people and their attitudes toward the pandemic were on display. I would say it is shocking, but 2020 has continuously shown that anything can happen.