The attack on women’s rights: A problem not limited to the U.S 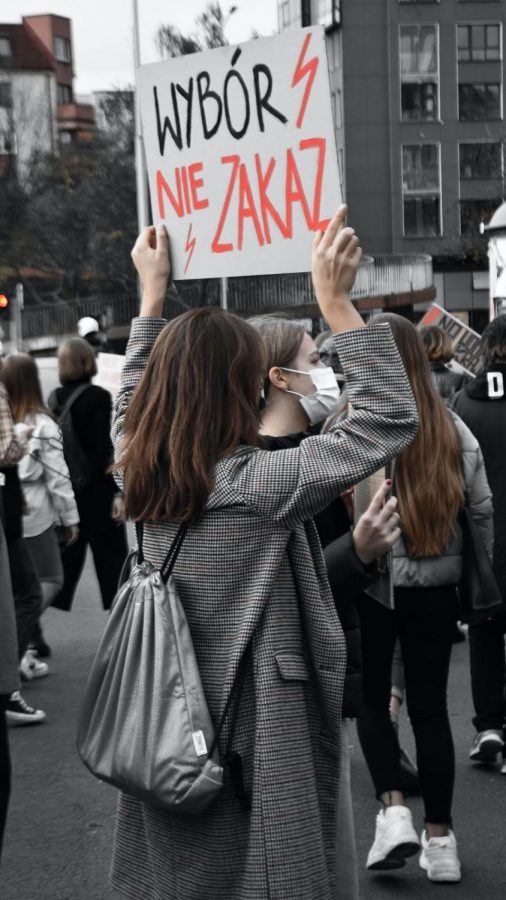 As factions within the United States continue to support leaders who are against social change, many Americans worry the nation is taking steps backward. As Amy Coney Barrett was confirmed to the Supreme Court and  conservative leaders are gaining more support across the country, a woman’s right to choose is at stake. Roe v. Wade was decided in 1973 by the Supreme Court, legalizing abortions without government regulation. It’s difficult to comprehend how 47 years later it is likely to be overturned. Almost half a century after Roe v. Wade, abortion is still a controversial issue that the government poses a threat to. These anti-progressive actions may seem to be limited to the United States, but that could not be further from the truth.

On Oct. 22, Poland ruled that abortion in the case of fetal abnormalities was a violation of the country’s constitution. Poland already has some of the most restrictive abortion laws in Europe, allowing it only in cases of rape, incest or if labor presents a serious threat to a woman’s health. Now that cases of fetal abnormalities are not legal, women will be forced to give birth to babies with terminal illnesses and fatal conditions. This is another step toward outlawing abortion entirely, a common goal among many Polish lawmakers. The decision made by a constitutional tribunal is irreversible and cannot be repealed.

The tribunal’s president, Julia Przylebska, told the New York Times that allowing abortions for fetal abnormalities legalized, “eugenic practices with regard to an unborn child, thus denying it the respect and protection of human dignity.” Women’s rights advocates in Poland are in an uproar following the passing of this new legislation. Rafal Trzaskowski, the mayor of Warsaw, accused the government of “tightening the abortion law” in an effort “to cover up their inefficiency in the fight against the coronavirus.” Regardless of their motivation to further outlaw abortion, it will make it nearly impossible for women to get an abortion in Poland. Legal abortions are rare and even if women are allowed access to one, it can potentially take months to receive an appointment, time that is not available during pregnancy. This legislation will inevitably result in more illegal abortions, putting women at risk and forcing many to  leave the country to access a safe and legal abortion. Women’s rights in Poland have been under attack and this step toward  the complete criminalization of abortions only further contributes to a patriarchal society.

Although more citizens in Poland support anti-abortion laws in comparison to the United States according to the New York Times, this could potentially serve as a warning for what’s to come. The attack on reproductive rights is not merely a national issue, but an international one. Forty-seven years after Roe v. Wade, women still have to defend their right to their own bodies.