The Circumstances That Led To Amy Coney Barrett’s Nomination 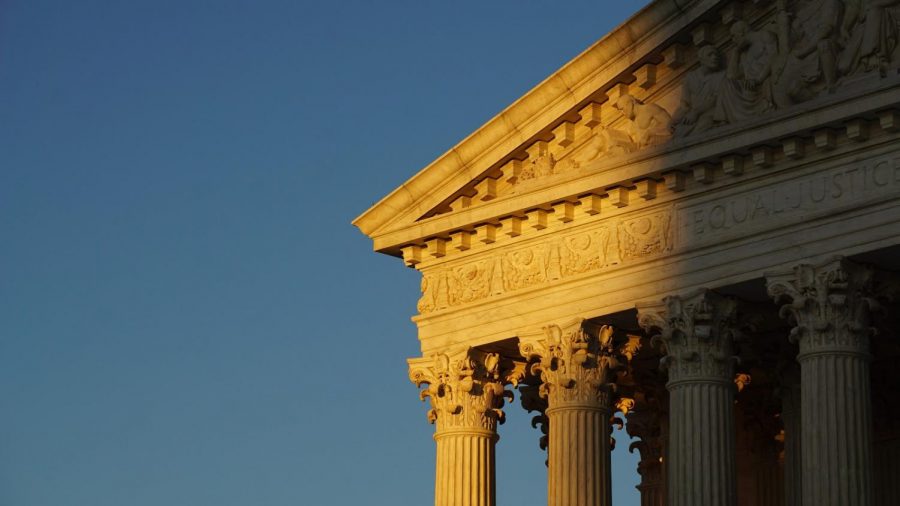 On Oct. 27, 2020, only seven days before the 2020 Presidential election, Amy Coney Barrett, a former law professor and Judge of the United States Court of Appeals for the Seventh Court, officially took the seat of the late Ruth Bader Ginsburg after President Donald Trump and a Republican-controlled Senate purposely rushed her confirmation process.

The circumstances of Barrett’s nomination to the Supreme Court were anything but conventional. Most Democrats have justifiably expressed extreme opposition to Coney Barrett’s nomination, due to her anti-abortion record and the fact that her nomination would officially dominate the Supreme Court with conservative justices. This could have devastating consequences for the future of abortion rights, climate change policy and healthcare — particularly the Affordable Care Act. In fact, a case regarding the fate of the Affordable Care Act was argued just last week. If ruled unconstitutional, a huge chunk of Americans protected in some way by this act will be affected. This includes over 20 million Americans who gained health coverage under the act, millions of Americans under the age of 26 who are still on their parents’ health care plan and over 100 million Americans who have some sort of pre-existing condition.

The most infuriating instance of this obstruction occurred in early 2016, when Associate Supreme Court Justice Antonin Scalia passed away that February. From the moment of Scalia’s death, Senate Republicans immediately stated their intention to refuse a hearing for any nominee Obama would choose to succeed Scalia, as they claimed that the winner of the 2016 Presidential Election (which was eight months away at that point) should choose Scalia’s replacement.

As a result, Merrick Garland’s nomination sadly never got a hearing, and the Supreme Court seat remained vacant until early 2017 when newly-elected President Donald Trump appointed Neil Gorsuch to replace Scalia. With this process, McConnell employed a nuclear option that eliminated the filibuster for Supreme Court Justices, meaning that Supreme Court justices could now be confirmed by a simple Senate majority.

Flash-forward four years later to Sept. 18, 2020, to the passing of Justice Ruth Bader Ginsburg. Almost immediately, McConnell states his intentions to allow Trump’s nominee to replace Justice Ginsburg on the Court, hypocritically breaking his stance to “…let the American people decide.” Unsurprisingly, Democrats, still bitter about the  Garland situation from four years prior and deeply afraid of the implications of a conservative majority on the Supreme Court, felt that a new nominee should not be confirmed until after the election, which at this point, was less than a month and a half away.

On Oct. 26, 2020, eight days before the general election, the Senate voted to confirm Barrett to the Supreme Court; she won approval from all Republicans in the Senate and was opposed by all  Democratic members, excluding  Senator Susan Collins of Maine.

Barrett’s appointment represents the culmination of a years-long effort by Republicans to reshape the Supreme Court. Now, thanks to her nomination, the Supreme Court is expected to remain dominated by conservative justices  for the next generation or two. What is even more chilling than the potential negative consequences of Barrett’s nomination for important social issues are the obstructionist circumstances led by Republicans that brought her to that seat. The ruthless tactics Republicans used up to this point to get to this nomination is truly infuriating. The fact that they went against their own precedent truly shows not only their glaring hypocrisy but also their willingness to break any norms just to get what they want. And the consequences of this will, sadly, live on for generations to come.