The present is female: USA elects its first female vice-president 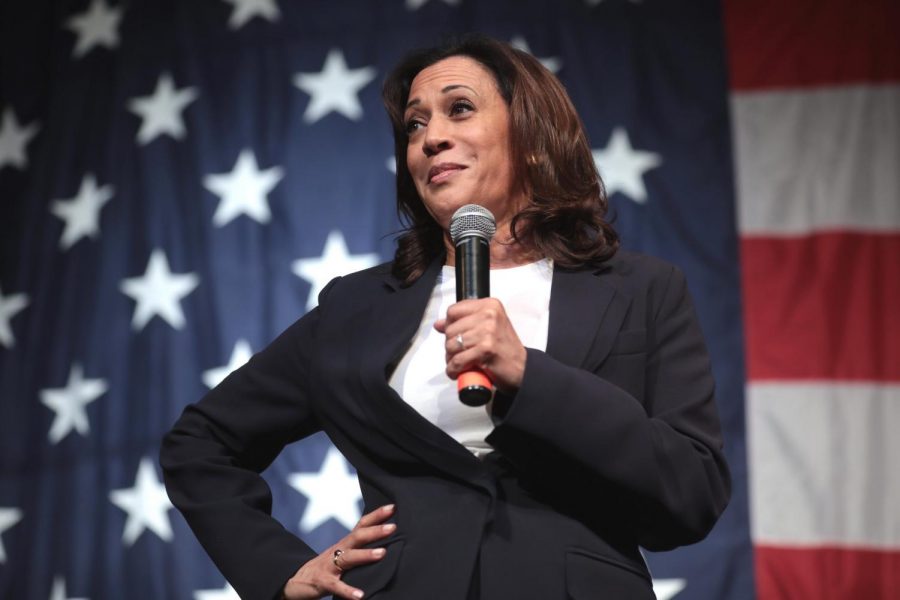 The 2020 U.S. presidential election had Americans glued to major news outlets either on their phones or TVs, anxiously awaiting the results that would tell them who their next leader would be. On Saturday Nov. 7, CNN projected that the winner of this race would be former Vice-President Joe Biden. As people marched on the streets across the country overjoyed by the news, this victory proved to be historic not only because of the record number of votes cast to elect Biden to the highest office in the country, but also because America finally has its first female Vice President, Kamala Harris, who also happens to be a woman of color.

This historical event comes exactly 100 years after the ratification of the 19th Amendment, which gave women the right to vote in America. Harris has expressed multiple times that although she is the first woman to hold the second highest office in the nation, she will not be the last.

“While I may be the first woman in this office, I won’t be the last, because every little girl watching tonight sees that this is a country of possibilities,” Harris said in her first speech addressing the nation as vice-president elect.

This Democratic victory will hopefully bring more diversity to the White House. If a woman in such a high position of power is rare, a woman of color in said positions is even rarer. Having a member of a minority group present in these types of jobs forecasts a more prosperous future for other members of minority groups. A combination of better education with more progressive policies will help minorities in this country have access to more opportunities and resources and a better future — with Harris in office, this is possible. With the perspective of a woman of color in the White House, an intersectional lens will be placed in the administration, resulting in a more inclusive office.

As far as the feminist movement goes, there is no denying that this is also a huge victory for every feminist in the world. “Harris’ achievement … represents hope, validation and the shattering of a proverbial glass ceiling that has kept mostly white men perched at the top tiers of American government,” AP News reported.

Harris’ win illustrates why representation matters. For centuries, women have been told that they are incapable of holding certain jobs because they are too weak or “emotionally-driven.” Little girls, and even grown women, all over the world now get to see someone who looks just like them holding one of the highest positions of power in the United States. This demonstrates that women are capable of doing whatever they set their minds to. Therefore, the former California Senator becoming the Vice President-elect will inspire women to reach for higher goals.

A new day is dawning in America — one filled with hope, validation and celebrations of diversity. There is a famous saying that says “the future is female,” however, with Kamala Harris becoming the 49th Vice-President of the United States, it is obvious that the present is female.