Every American should be paying attention to the Georgia Senate runoffs 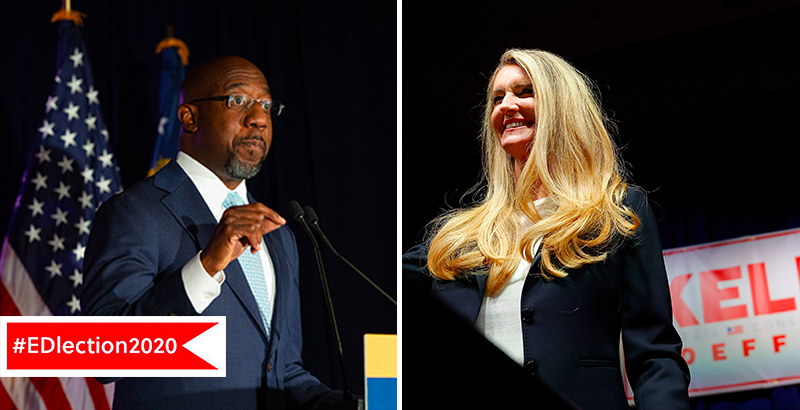 As we all know by this point, Joe Biden and Kamala Harris have defeated incumbent President Donald Trump and his running mate, Vice President Mike Pence, in the race to become the nation’s next President and Vice President, respectively. However, the success of Biden’s presidency could depend largely on Georgia’s two Senate runoffs, which are scheduled to take place on Jan. 5, 2021.

How did we get to a point where two Senate runoffs in Georgia could determine not only which party controls the Senate, but also the efficiency of Biden’s upcoming presidency? Before the election, Democrats were hoping not only to take back the executive branch but also to gain a majority in the United States Senate, the most significant legislative chamber in which Republicans have held a majority since 2015. Democrats rightfully believe that if a Biden victory occurred without gaining control of the Senate, then Republican Senate Majority Leader Mitch McConnell, infamous for his obstructionism during the last Democratic administration, would block many of Biden’s legislative pieces and nominations to both his cabinet and the federal courts, with the intention of ruining Biden’s approval ratings.

While Biden did end up winning the presidency and the Democrats did gain one seat in the Senate, overall, Democrats ended up losing many competitive Senate elections with Republican incumbents in states such as South Carolina, Iowa, North Carolina and even Maine.

While almost all Senate races have been called, the two Senate elections in Georgia went to runoffs because none of the four candidates reached the necessary 50% of votes to win either of the Senatorial elections in Georgia. Georgia differs from many other states in the way it handles elections —  one Senatorial candidate needs to reach 50% of the vote to win and if neither candidate gets 50% of the vote, then the election advances to a runoff that usually takes place two months later in early January.

In past Georgia runoffs, Republicans usually had an advantage due to higher turnout among party members. However, with these runoffs determining which party controls the Senate, they have received a huge amount of political attention from both Republicans and Democrats. Democrats could win control of the U.S. Senate if both Democratic candidates win the runoffs. However, if Republicans win both or even one of the runoffs, they would retain control of the Senate. The potential results of these two elections could not be more different.

At this point, some of you may be asking yourselves: What do these runoffs have to do with me? Well, a lot actually. These runoffs are not just going to determine which party is going to control the Senate, but their results will also determine whether we would even have a functioning government for the foreseeable future. Because of this, it is important that both Democratic candidates win these runoffs. While there would still be major obstacles in passing legislation due to the filibuster, a Democrat-controlled Senate would, in the long run, be much more efficient than a Republican-controlled Senate that refuses to even consider not only President Biden’s legislation proposals but also his cabinet and judicial nominees.

At least if both Democratic candidates win, we will not have to deal with a divided government again, one that lets partisanship prevent things from getting done, especially in the middle of an awful pandemic. Republicans maintaining control of the Senate would not just negatively impact Biden and the ambitions of the Democratic Party, but would also have a negative impact on all of us in one way or another, whether we are Democrats, Republicans or anything in between.This includes the millions of Americans that are still unemployed as a result of this pandemic, desperately waiting for more federal aid, the over 27 million Americans that still have no way to pay their outrageous healthcare bills and the eight million Americans who have fallen into poverty as a result of this pandemic, wondering why their government is not doing anything for them. So please, be conscious of these runoffs, their potential impacts and what they mean for American citizens under the incoming administration.