Fumbling the Ball: How the Super Bowl Failed its Attempt at Normalcy 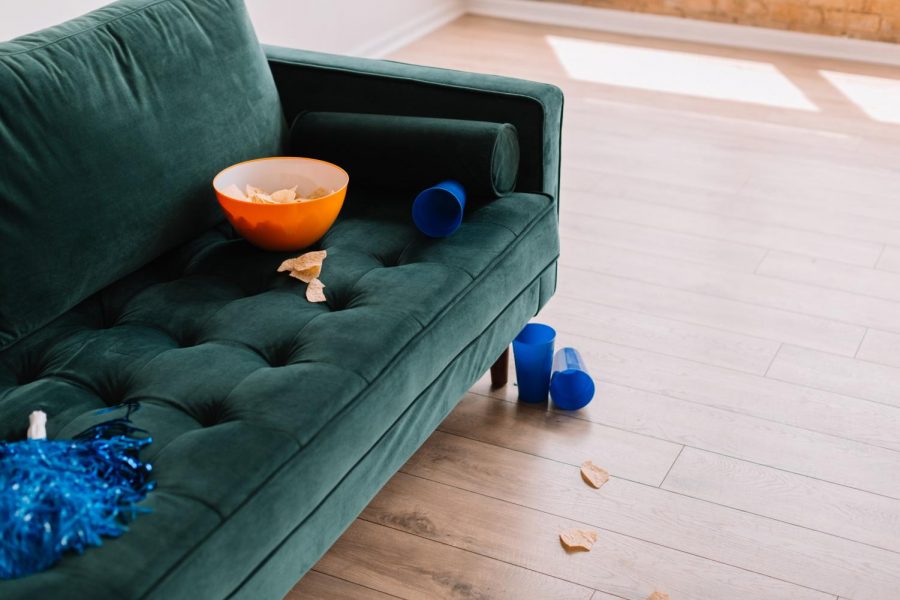 Last year, I traveled to several Super Bowl parties all over New York and Long Island. During the pregame and first quarter you would have found me in Astoria; by the second quarter I was in Bayside and by the Half-Time Show I had just made it to Glen Cove. In Greek culture, it is frowned upon to not make it to a party if you already promised to go — and you should not  arrive empty-handed. That meant bringing snacks to several different parties and seeing all different circles of friends and family. Last year, I saw so many circles of friends who also saw their own circles of friends in the following days, whether in class, at work or at extracurriculars and other events.

Now, it feels reckless to just leave the house. As a commuter student, I’m already being exposed to at least 40 other students on campus between my two in-person classes. It would be immoral if I had attended a Super Bowl party, especially considering the positivity rate in NYC is now 8.96%. If that’s not alarming enough, there are currently 35,962 cases and 466 deaths. Yes, some people who caught the virus and died from it had pre-existing conditions, but that does not necessarily make younger adults and people with a clean bill of health free to gallivant from house to house to watch some people throw a pigskin at each other.

That’s why I avoided any Super Bowl parties this year. I was lucky enough to not have to figure out which team to root for or try and feign having any knowledge of football because I learned what a Hail-Mary was from a Post Malone song. And, quite honestly, I’m so glad we can collectively give up cup pong this year. Though my beverage of choice was apple juice, I can’t imagine people would want to dip their hands in cups to dig out a dirty ping pong ball that probably made friends with the creepy-crawlers and other bacteria on the floor.

The only thing normal about the Super Bowl this year were the commercials, Tom Brady somehow finding himself on the field again and the swarm of memes that came afterward. From a streaker running across the field to cardboard cutouts of celebrities in the stadium, this year’s Super Bowl was anything but normal. But of course, sections of the stadium were brimming with live supporters, some of which were not wearing their masks over their noses — I guess the pandemic spreads everywhere except nationally broadcasted football games. The dazzling Half-Time show was a selfie-stick performance by The Weeknd and several of his look-alikes and felt lack-luster, leaving most waiting for more. Usually, the Half-Time performances are intricate and breath-taking – I still had my breath when I was watching this year’s show. While the Super Bowl held certain senses of normalcy, overall it was an abnormal year for the event just like everything else. I mean, who would possibly think the Super Bowl would be normal in a time where virtually everything else isn’t?