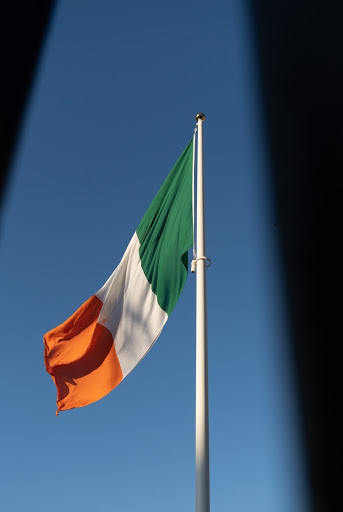 If March comes in like a lion, it will only be to provide the rain necessary for the green needed for St. Patrick’s Day and the rest of Irish-American heritage month. The first Irish-American heritage month was celebrated in 1991, 31 years after the first Irish-Catholic president was elected and 99 years after the first Irish immigrant entered through Ellis Island. The Irish have come a long way since they first arrived on American shores, and with the election of the second Irish-Catholic president in Joe Biden, it appears that the days of Irish-American contributions throughout are only just beginning!

Many of you may be familiar with the story of Irish-Americans. Primary schools cover the famine and the different waves of European immigration to America. They cover the contributions of the Irish as laborers on the Erie Canal, the railroads and in the factories that sprouted up throughout the Northeast and Midwest. Many have come to associate Irish-Americans with law enforcement and firefighters and the bagpipe brigades they maintain. These contributions are important, but they are merely the tip of the iceberg.

In 1776, eight of the signers of the Declaration of Independence were of Irish stock. In the following decades, John Barry would become “father of the navy,” Irish-descended poet Edgar Allen Poe would be born and Edmund McIlhenny would start mass-producing Tabasco hot sauce. So the next time that you’re stationed on a navy ship on the 4th of July reading a depressing novel whilst pouring Tabasco on your sandwich, you can thank the Irish.

Still, names such as Georgia O’Keeffe, F. Scott Fitzgerald, Billy the Kid, Walt Disney, Jimmy Fallon and Bing Crosby are etched into our minds. So, even if this is the first Irish-American Heritage month you’re aware of, you’ve probably been celebrating since you were born! This month may not carry with it the usual festivities and parades, but that shouldn’t get in your way. If you can listen to it, laugh at it, eat it, read it, watch it or walk on it, there’s a good chance it’s Irish. So grab a glass of any age-appropriate, university-permissible beverage and make a toast to the contributions of Irish-Americans this St. Patrick’s day. Sláinte.